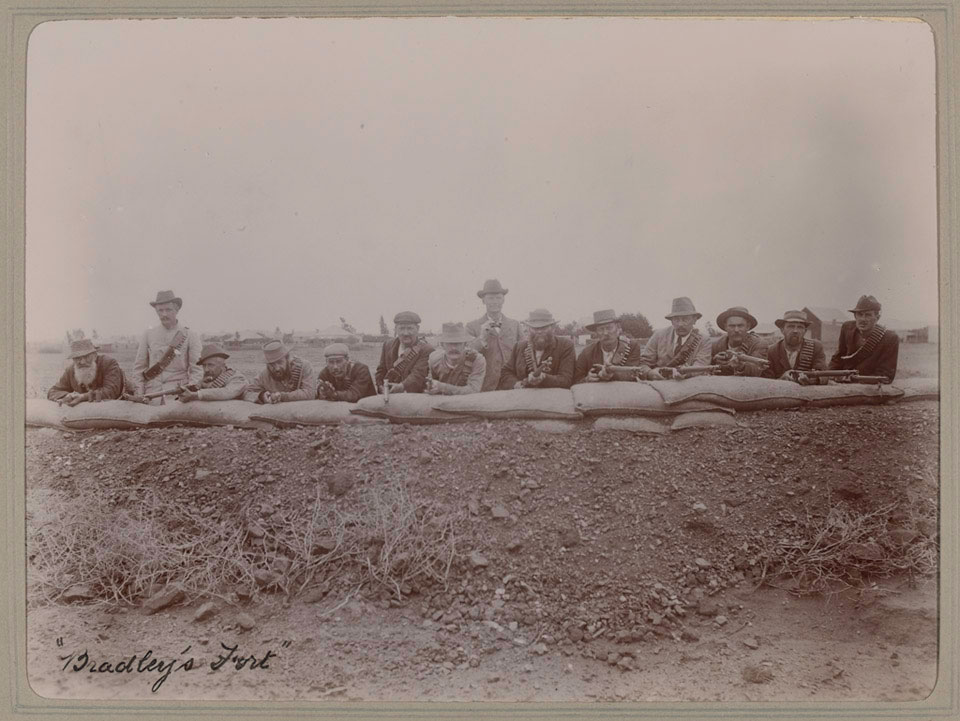 The most northerly town in Cape Colony, Mafeking was immediately besieged by the Boers following the outbreak of war. The British commander there was Colonel Robert Baden-Powell. His garrison included 750 locally raised troops and a force of 400 irregulars formed from the townspeople. In addition, more than 600 black Africans were employed as cattle guards. The Boer bombardment of Mafeking began on 16 October and ended on 17 May 1900, the longest of the war.

From an albums of 48 photographs compiled for Lord Roberts.