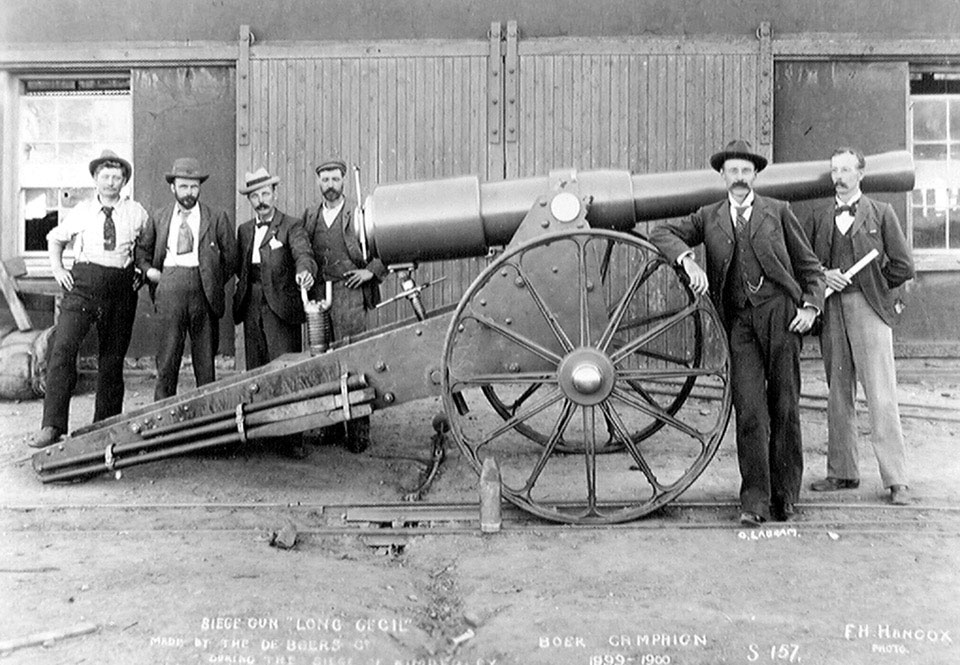 'Long Cecil' was a British gun built at the De Beers workshops by George Labram, chief engineer at De Beers and a key member of the besieged British garrison. It was named after Cecil Rhodes and still resides outside Kimberely Town Hall as a monument to those who fell during the Boer War.

From an album of 39 photographs associated with the Siege of Kimberley, compiled for Lord Roberts, 1900.