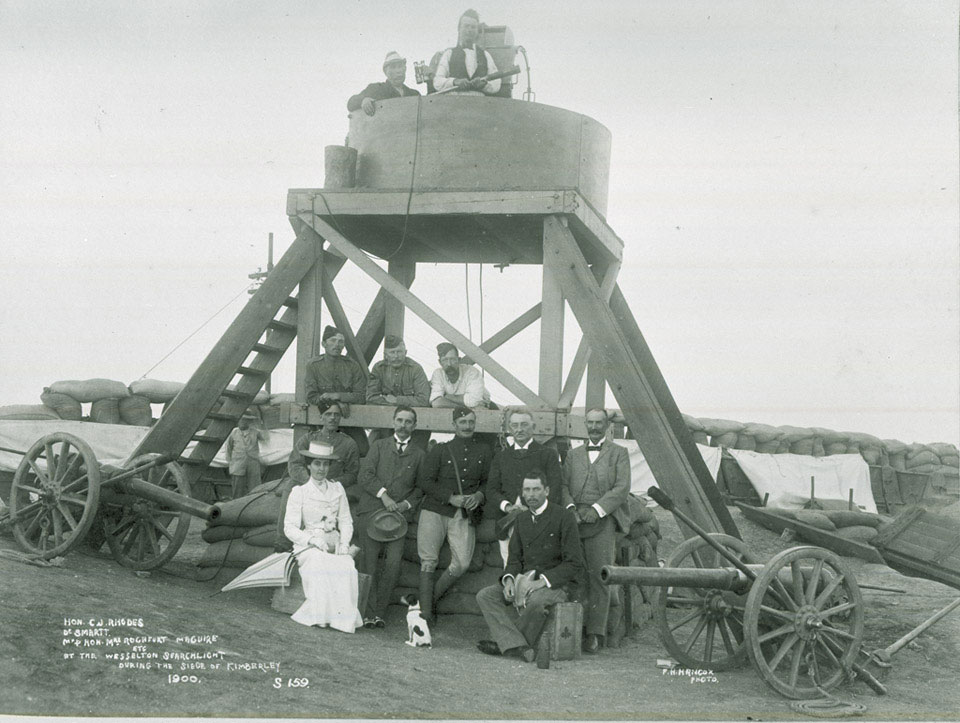 Cecil Rhodes and members of the Kimberely garrison at the Wesselton searchlight, 1900

Rhodes (front row third from right) was in Kimberely, home of the De Beers mines, throughout the siege (1899-1900), but his interference in military matters made him deeply unpopular with the commanding officer, Lieutenant-Colonel Robert Kekewich. During the siege five searchlights were erected around the garrison perimeter and were used to illuminate the surrounding countryside at night.

From an album of 39 photographs associated with the Siege of Kimberley, compiled for Lord Roberts, 1900.