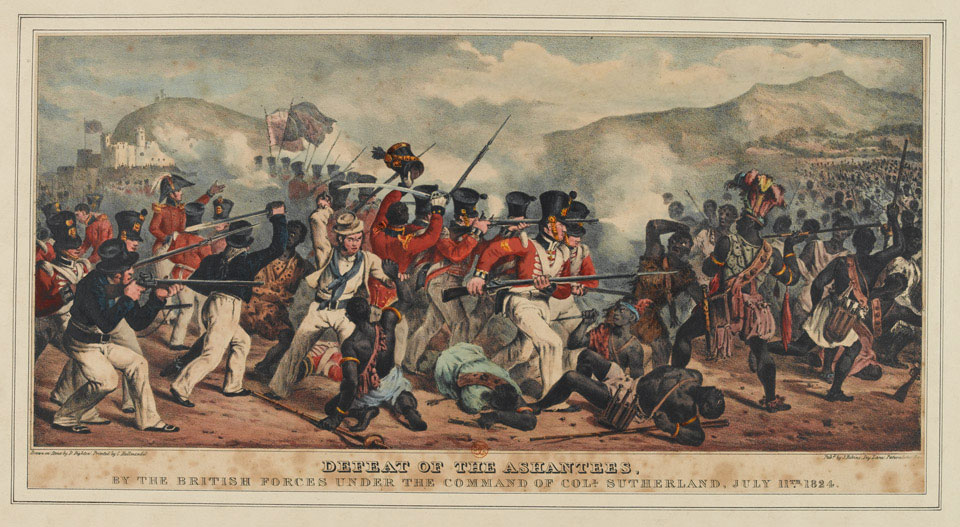 'Defeat of the Ashantees, by the British forces under the command of Coll. Sutherland, July 11th 1824'

This print depicts an engagement from the 1st Ashanti War (1823-1825). The British wanted to stop the incursions made from the interior by the warlike Ashanti against the more peaceable Fanti tribe which inhabited the coastal region. The Ashanti were also opposed to British efforts to end the slave trade.