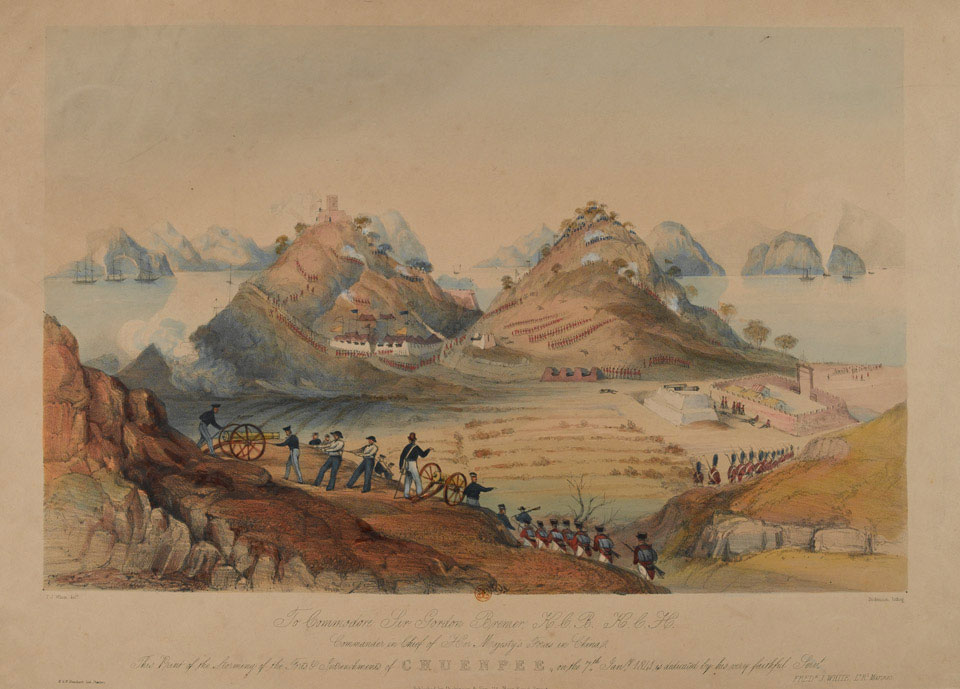 Chuenpi was one of the Bogue forts (along with Tycocktow) that guarded the mouth of the Pearl River. During the 1st China War (1839-1842) a combined Royal Navy and Army force captured the forts on 7 January 1841. The Army detachment was commanded by Major J L Pratt of the 26th (Cameronian) Regiment of Foot and suffered only 38 casualties. Of the Chinese fleet of 13 war-junks, 10 were captured and their flagship was destroyed.