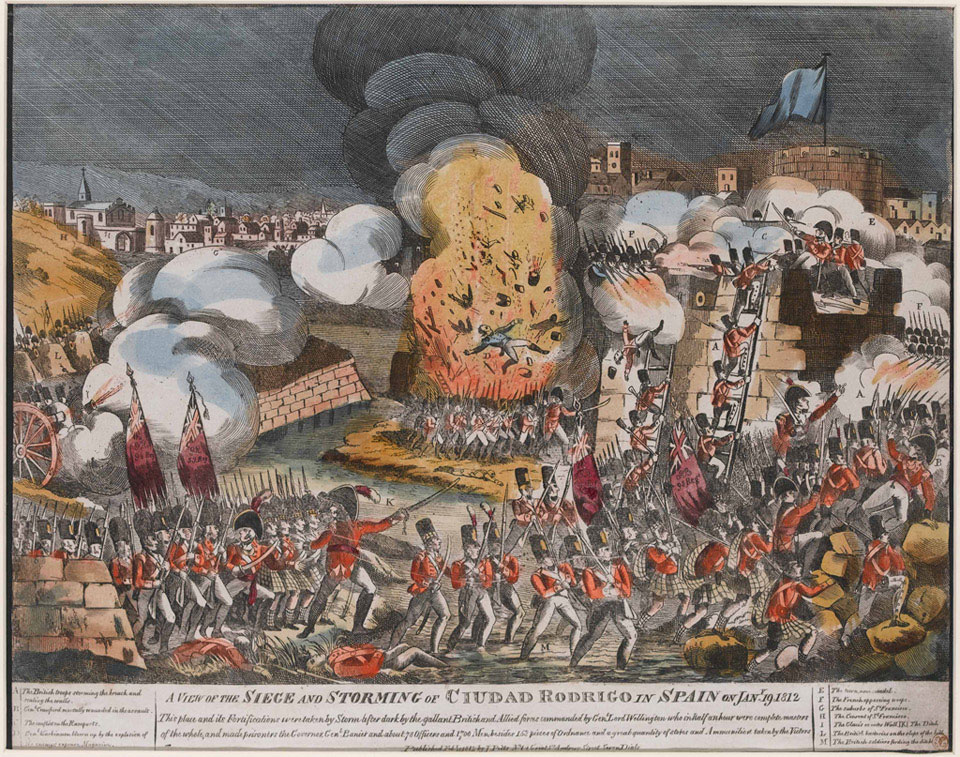 The capture of the border fortresses of Ciudad Rodrigo and Badajoz was essential before Wellington could advance into Spain. On 8 January 1812 he laid siege to Ciudad Rodrigo and by 19 January his guns had opened two gaps in the defences of the town. That night, the 3rd Division attacked one breach while the Light Division assaulted the other. The 3rd Division suffered heavily from the explosion of a huge mine, which can be seen in this engraving, but the Light Division forced their way into the town while other troops succeeded in scaling the walls elsewhere. Attacked from all sides, the French surrendered. The capture of Ciudad Rodrigo was followed by several hours of drunkenness and looting by British soldiers.