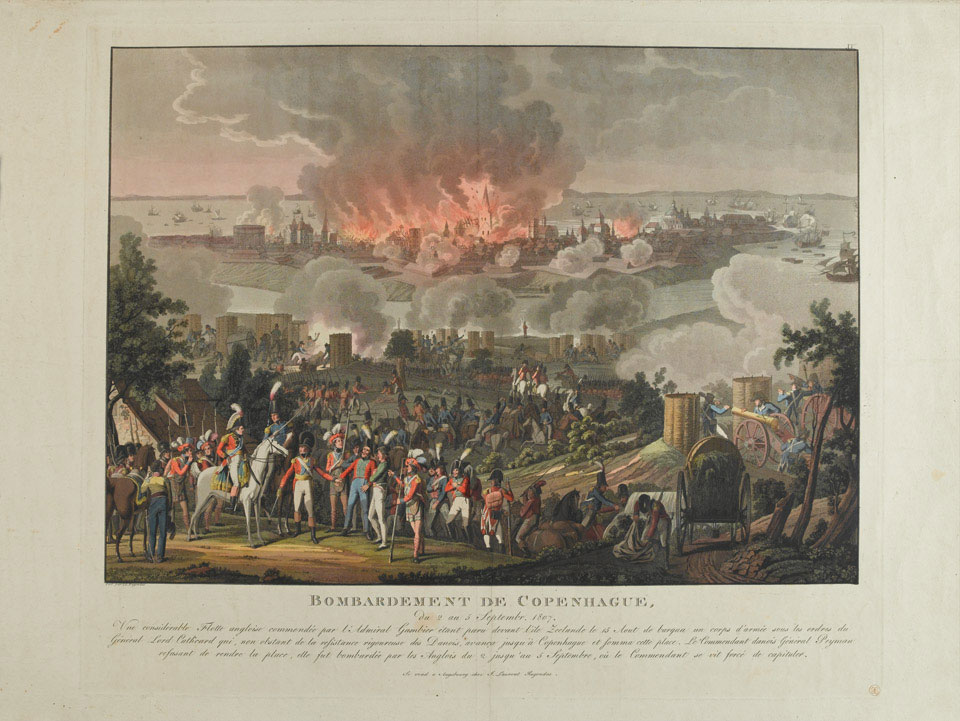 The Copenhagen expedition was undertaken to prevent the powerful Danish fleet from falling into French hands. Had this occurred the French could have used the fleet to support Napoleon's planned invasion of Britain. After landing on Zealand, British troops commanded by General Sir Arthur Wellesley defeated weak Danish forces near the town of Køge, south of Copenhagen. Most of the Danish army under the Crown Prince was then defending the southern border against possible French attack. Copenhagen was soon encircled. The Danes rejected British demands to surrender, so the British fleet under Admiral Gambier, and the Army's land batteries, bombarded the city from 2-5 September. On 7 September 1807 the Danes surrendered both the city and the fleet.