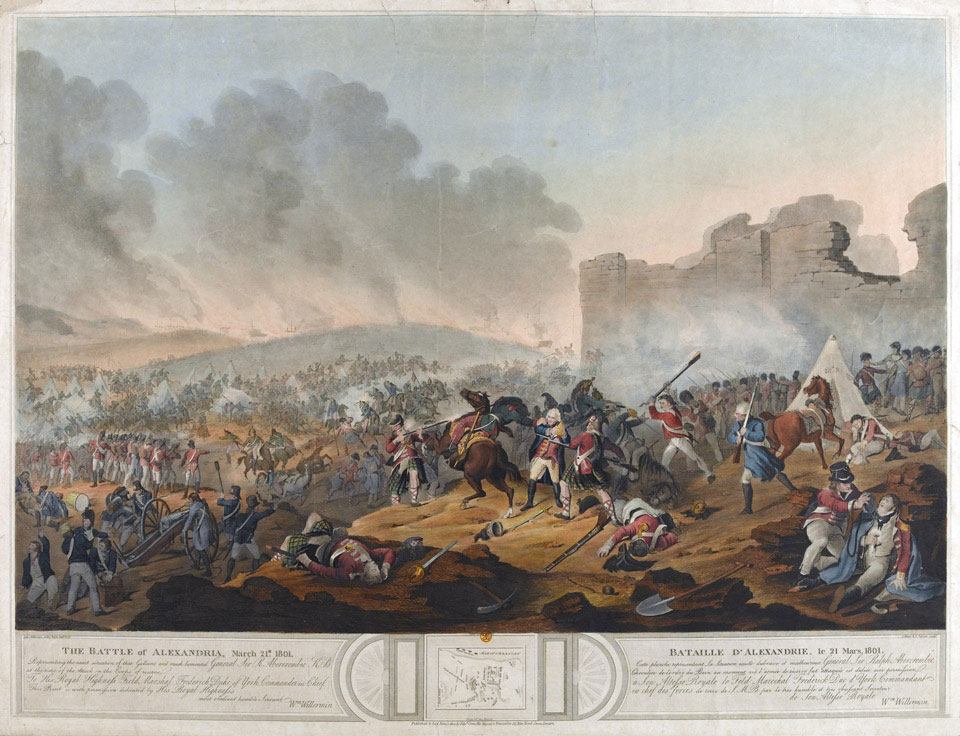 The Battle of Alexandria took place in darkness in the early hours of 21 March 1801 and was one of the most chaotic actions of the Wars of the French Revolution (1793-1802). At the time, Egypt was described as 'the master-key to all the trading nations of the earth'. It was the shortest route to the East but, as long as it remained a French colony, it also posed a threat as the potential staging post for a French invasion of British India.

Unfortunately, bad weather delayed the landing of the British expeditionary force at Aboukir (Abu Qir) Bay under the command of General Sir Ralph Abercromby on 8 March 1801. This gave the French ample time to organise an attack. A stiff engagement ensued on 13 March, forcing the British to withdraw to a defensive position five miles from Alexandria. On the morning of 21 March, the French attempted a surprise attack on the British who, although expecting an assault, misjudged its timing and direction. For a while, the British line seemed threatened. However, reinforcements and renewed artillery fire enabled it to rally and win the day. This decisive defeat led to the surrender of Alexandria and to the expulsion of the French from Egypt. The British force sustained less than half the number of French casualties. However, these included Abercromby, who was struck by a musket ball in the thigh and died of his wounds a week later.