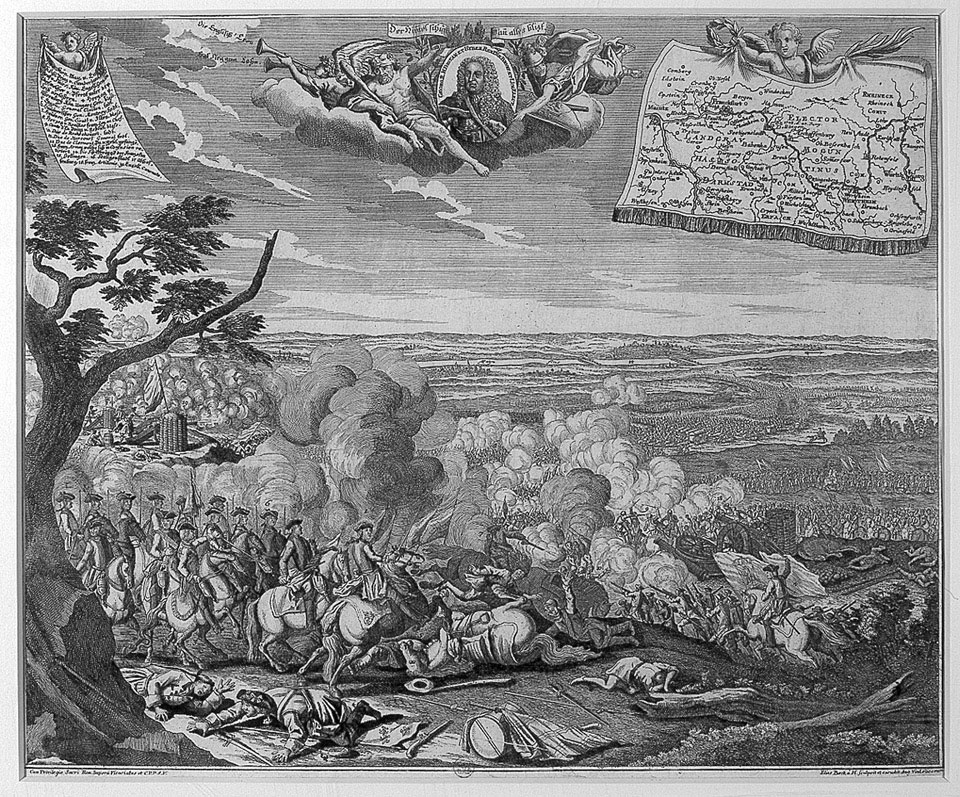 Etching by and after Elias Boeck, publisher unknown, 1743 (c).

Finding his retreat cut off, King George II (1727-1760) successfully led his British, Hanoverian and Austrian forces against the French under the Duc de Noailles, inflicting heavy losses. This was the last occasion when a reigning British monarch led his troops in person on the battlefield, and his success brought the King considerable popularity at home.

George had already fought under Marlborough's command at the Battle of Oudenarde (1708), where he distinguished himself. Although he displayed great personal courage, the King had little flair for higher military command and he left the conduct of the campaign to his generals.