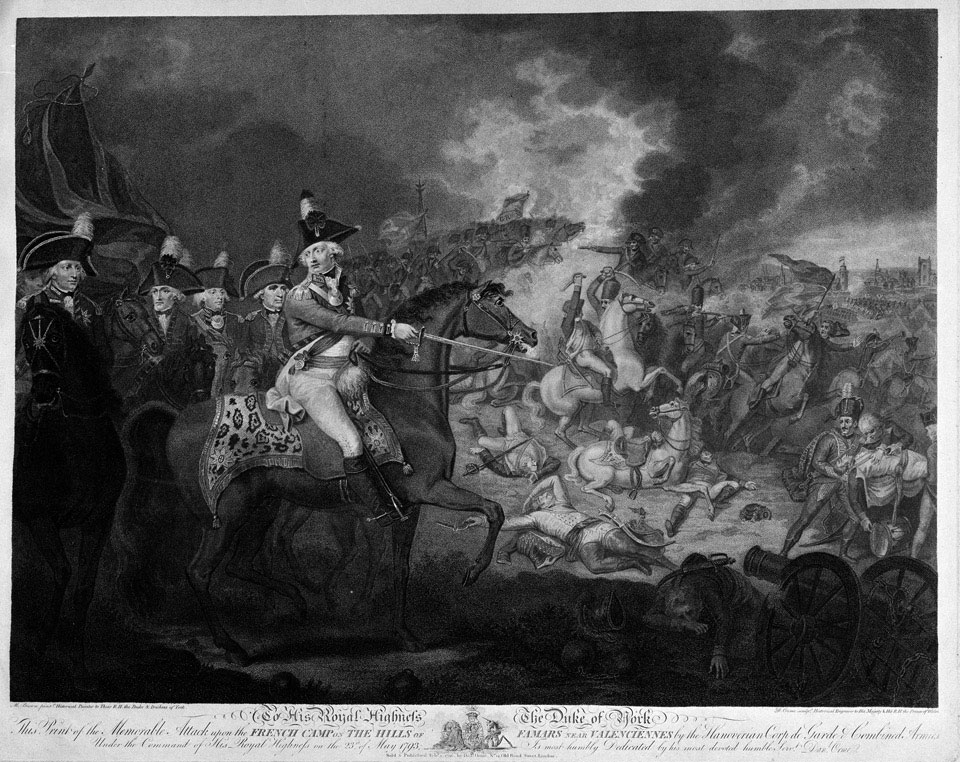 The British, Hanoverian and Austrian triumph at the Siege of Valenciennes (13 June to 28 July 1793) was one of several early allied victories in the Flanders campaign (1793-95) during the French Revolutionary War (1793-1802). But they were unable to advance much further beyond the French border fortresses.

The French eventually won control of Flanders through their decisive victory at the Battle of Fleurus in June 1794. The Duke of York's British force returned home in 1795, having lost over 20,000 men in two years of fighting.