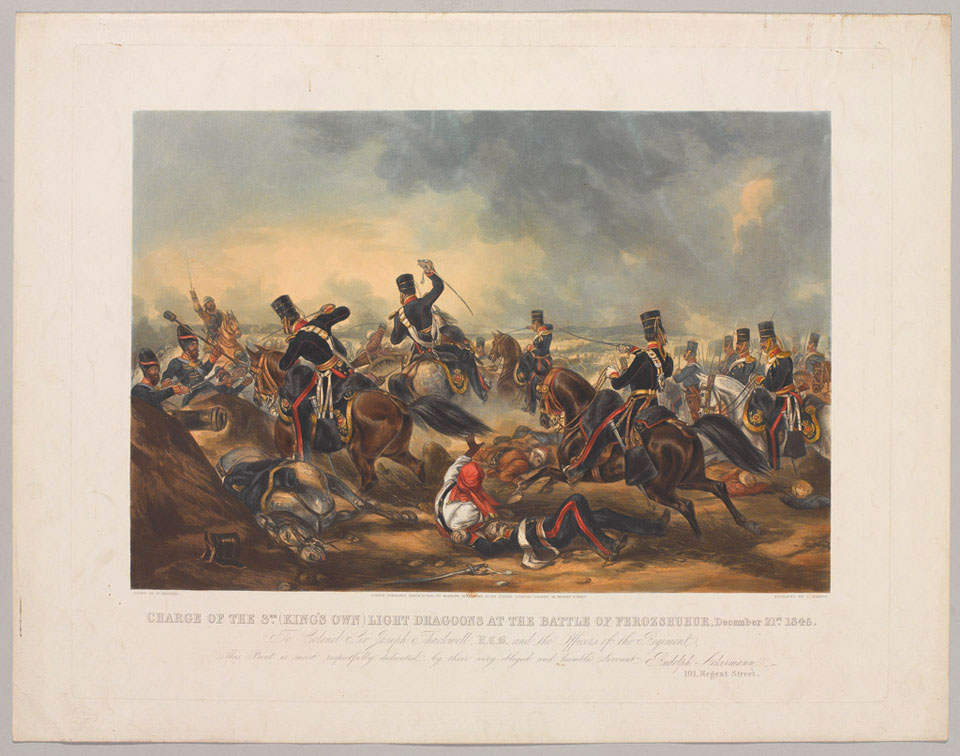 Aquatint by J Harris after a drawing by H Martens, published by Rudolph Ackermann, 10 Mar 1847.

The print shows the 3rd (or The King's Own) Light Dragoons in action on the first day of the battle.