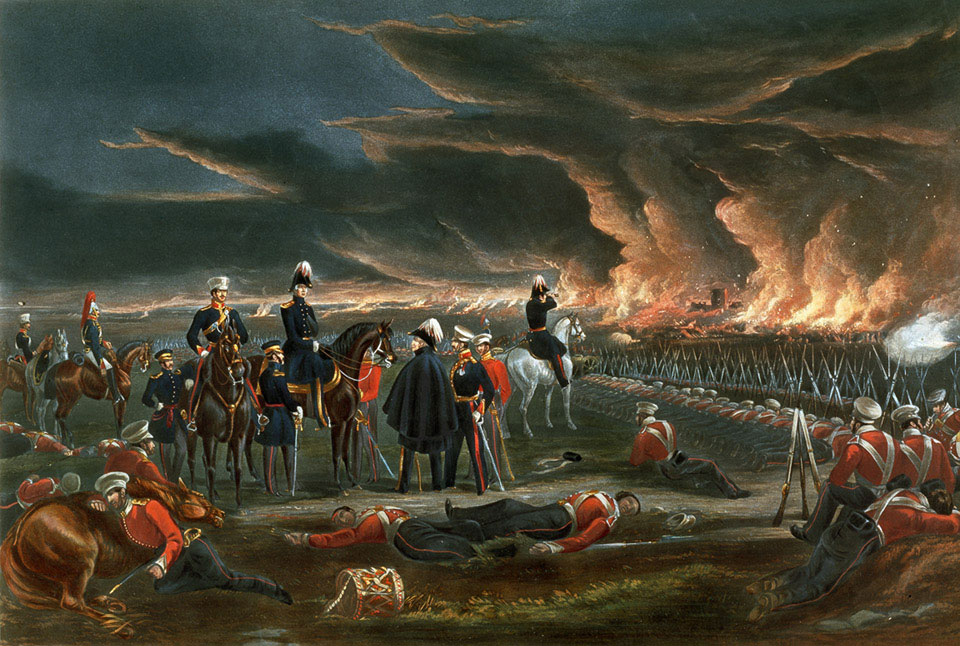 Night bivouac of the British Army at Ferozeshah, 21 December 1845