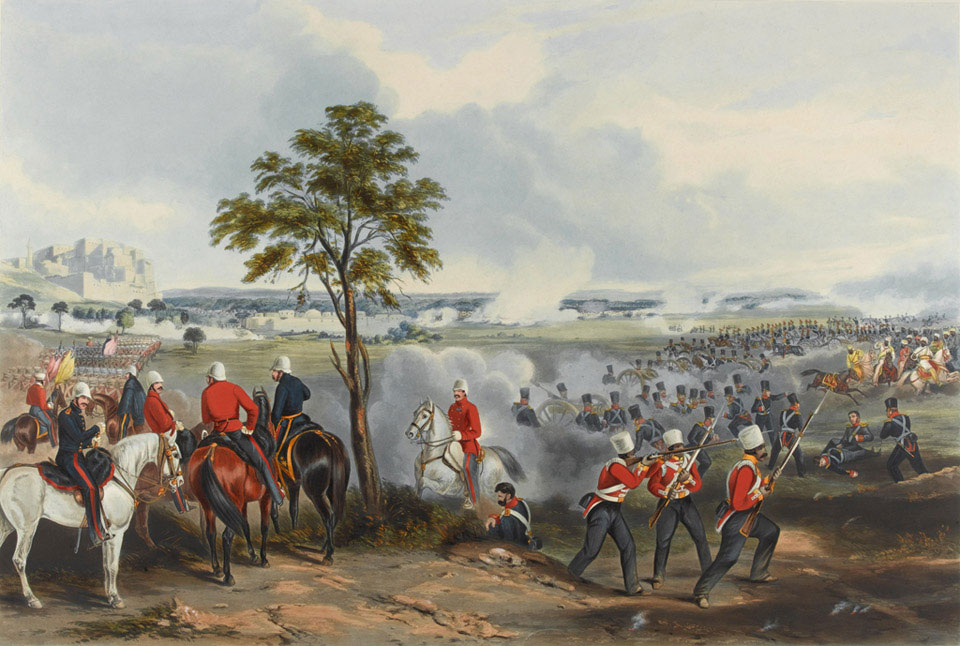 The final action of the 2nd Sikh War (1848-1849) was fought at Gujerat, about 120 kilometres north of Lahore, on 21 February 1849. Sir Hugh Gough assembled an army of some 24,000 with which to attack a Sikh force estimated at 60,000. After an artillery duel lasting some two and a half hours, Gough ordered his infantry forward in a general advance. Although Sikh resistance was fierce, they were eventually forced to give ground, and the retreat soon became a rout. On 14 March, the remains of the Sikh army surrendered at Rawalpindi. The Punjab was annexed to British India, and the Sikh state lost its independence.