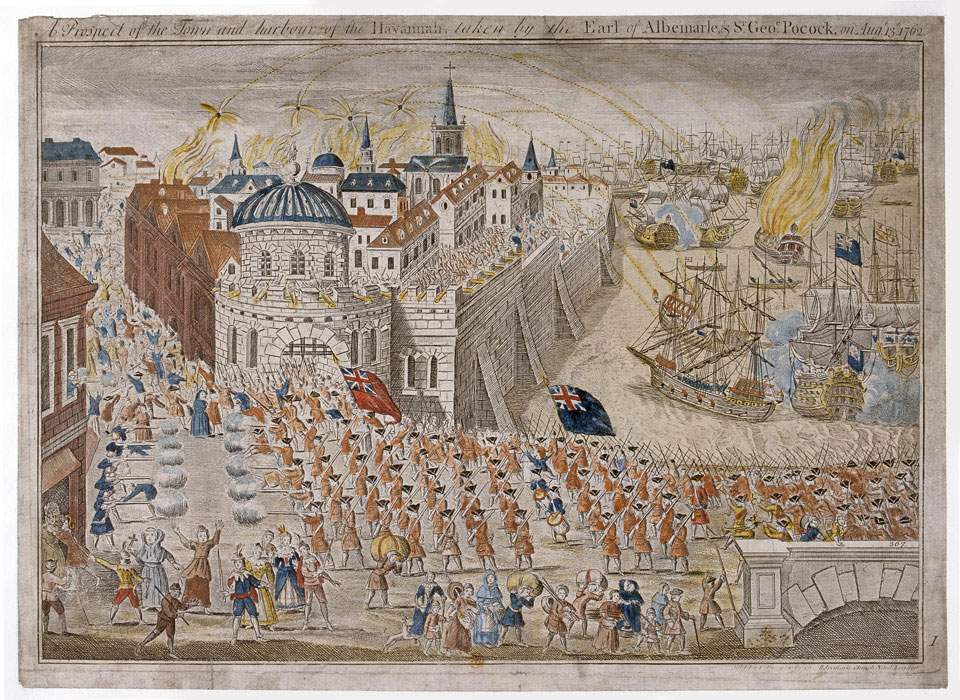 'A Prospect of Town and Harbour of the Havannah taken by the Earl of Albemarle and Sir George Pocock on August 13th, 1762'

Havana, the chief town of the Caribbean island of Cuba, was held by Spain, an ally of France in the later stages of the Seven Years War (1756-1763). In June 1762, a British force of 12,000 men, commanded by the Earl of Albemarle and supported by naval forces under the command of Admiral Sir George Pocock, landed near Havana. The town surrendered in August, after an eight-week siege. The actual siege operations cost the British less than 1,000 casualties, but a further 5,000 men died from disease during the campaign. At the close of hostilities, Britain exchanged Havana for territory in Florida.