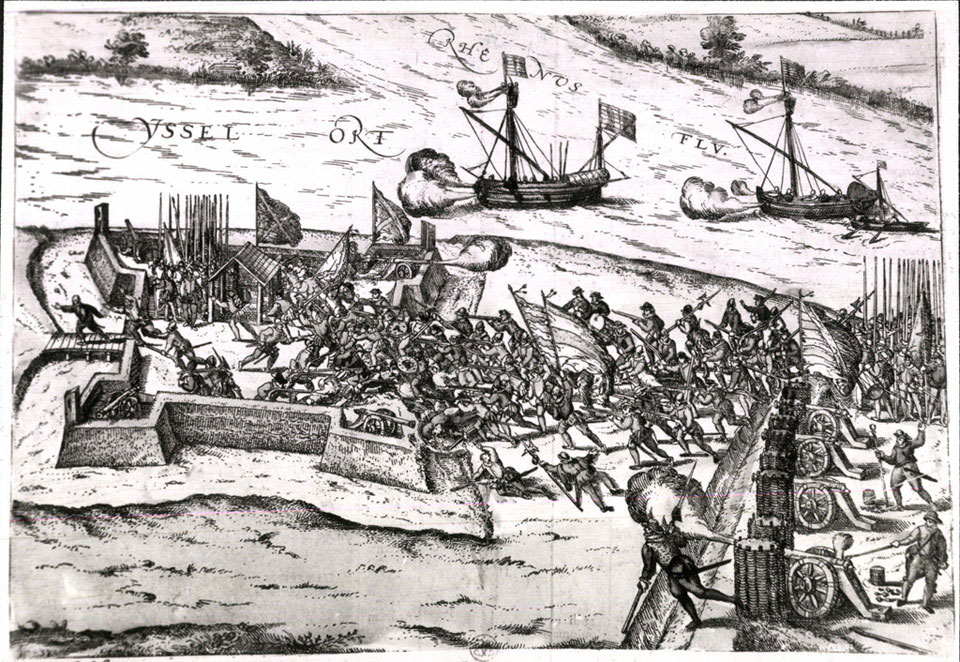 The taking of IJsseloord redoubt, 1585

Tinted etching, Dutch, after Frans Hogenberg, published in about 1613.

The IJsseloord redoubt was situated at a strategic point near the Dutch city of Arnhem where the Rhine and IJssel rivers meet. The redoubt had been taken by the Spanish Commander Francisco Verdugo in the spring of 1585. On 6th October that year, a combined force of English, German and Dutch soldiers under Adolf van Nieuwenaar and John Norreys surrounded and bombarded the fortification. The Spanish surrendered and Arnhem remained in Dutch hands until 1626, when it was retaken by the Spanish.