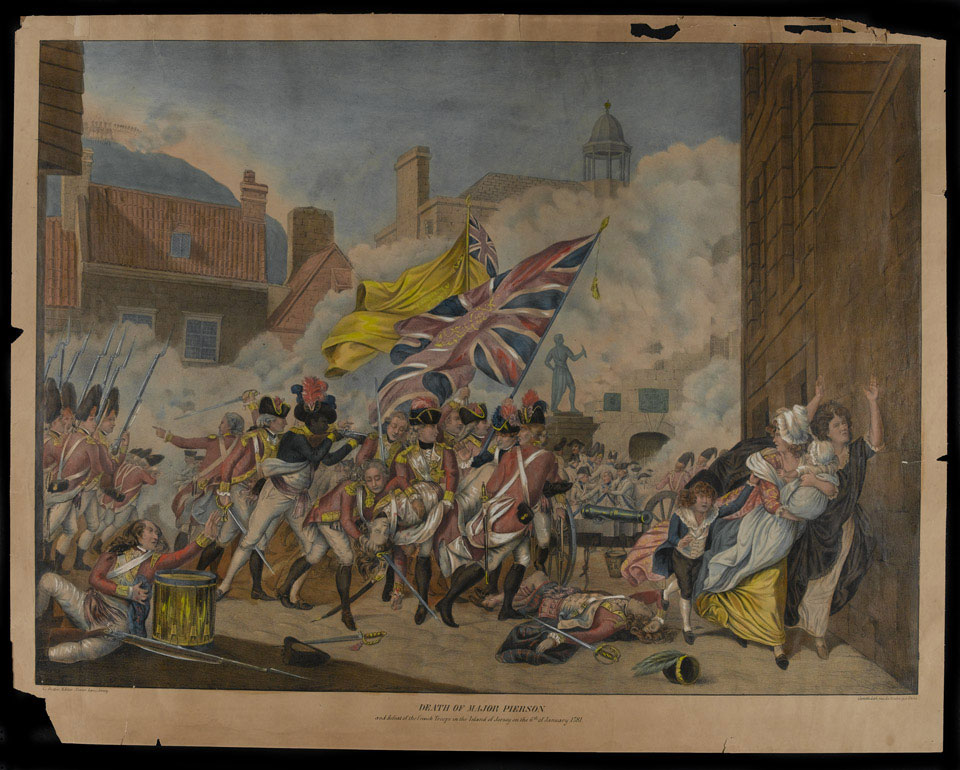 After the Battle of Saratoga in 1777, the French entered the American War of Independence (1775-1783) on the side of the United States. In 1781 they attacked Jersey with a force of around 700 men. The British garrison and local militia fought a brief but bloody battle against them. The French were defeated, but the British commander, Major Peirson, was killed leading his men.