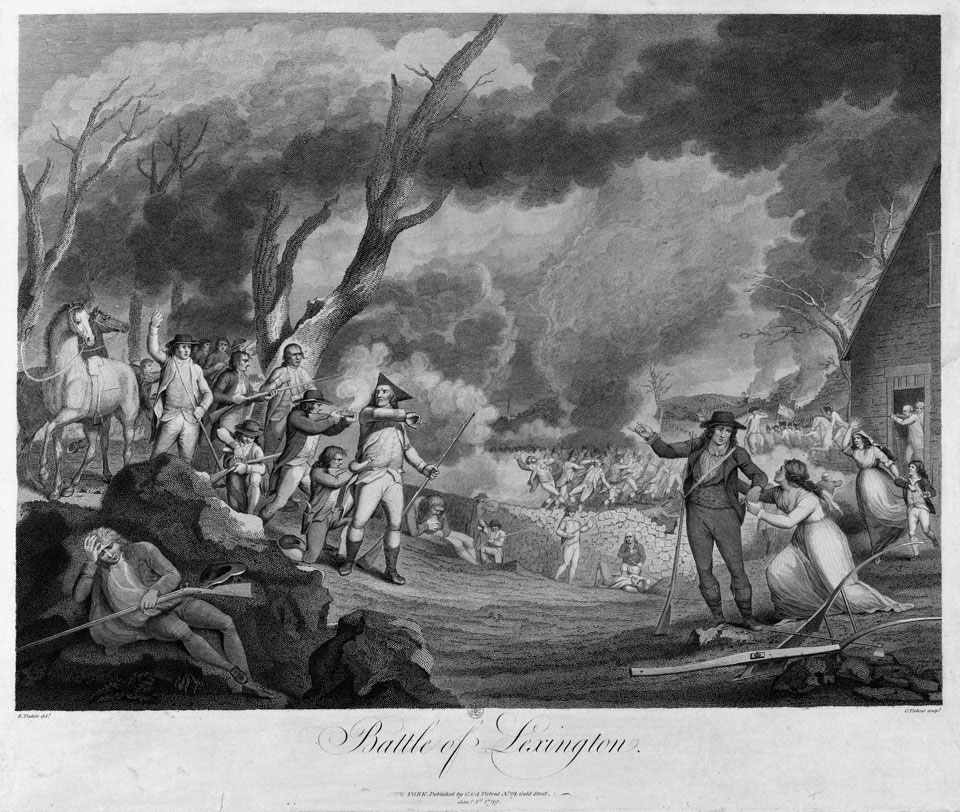 This was the first engagement between British and American troops in the American War of Independence (1775-1783). While marching from Boston to seize military stores at Concord, Massachusetts, a British force encountered a group of 'minute men' (militia-men who had undertaken to turn out at a minute's notice) gathered on the green at Lexington. After a brief skirmish, with few casualties on either side, the Americans withdrew and the British went on.

At Concord Bridge some hours later there was a second, more serious skirmish and the British began to withdraw towards Boston. However, they were caught by the arrival of American reinforcements and the retreat soon became a rout. This ended when more British troops arrived at Boston harbour, supported by the Royal Navy. The episode was not a serious military defeat but was politically disastrous for the British. It persuaded many Americans to support the cause of independence and there was a rapid escalation of hostilities which led on to the first major battle of the war at Bunker's Hill the following June.