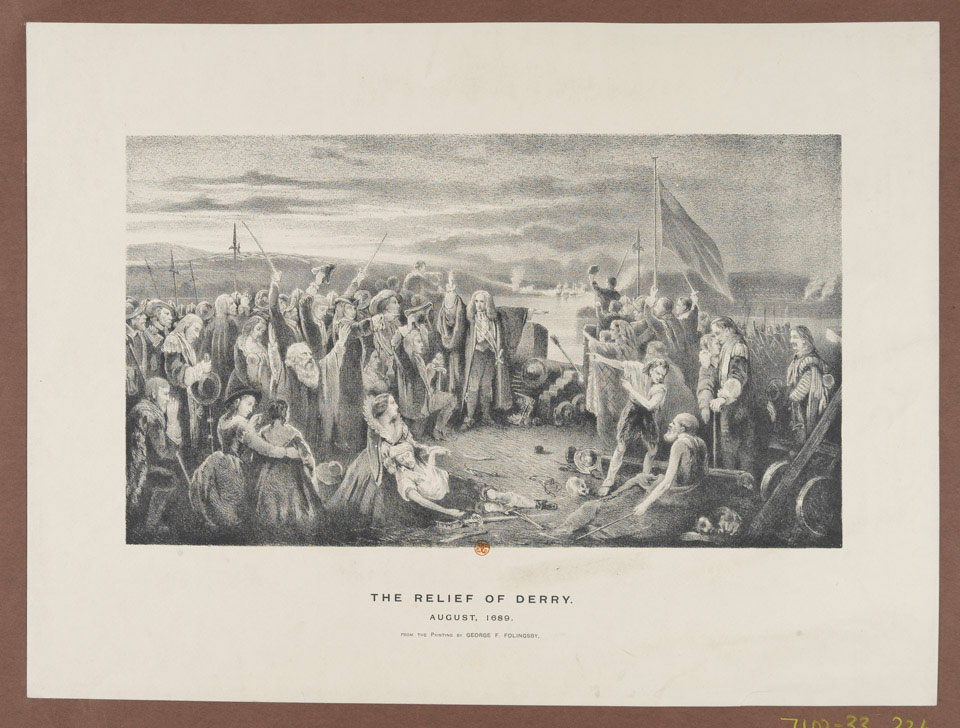 Fort during the Williamite War in Ireland, the Siege of Derry began when Jacobite forces attempted to take the town in December 1688. This failed, and after several other abortive assaults, the Jacobites attempted to starve the garrison out. This too failed when Williamite supply ships broke through to the town. The siege ended on 1 August 1689 when Major-General Percy Kirke's troops reached the town.