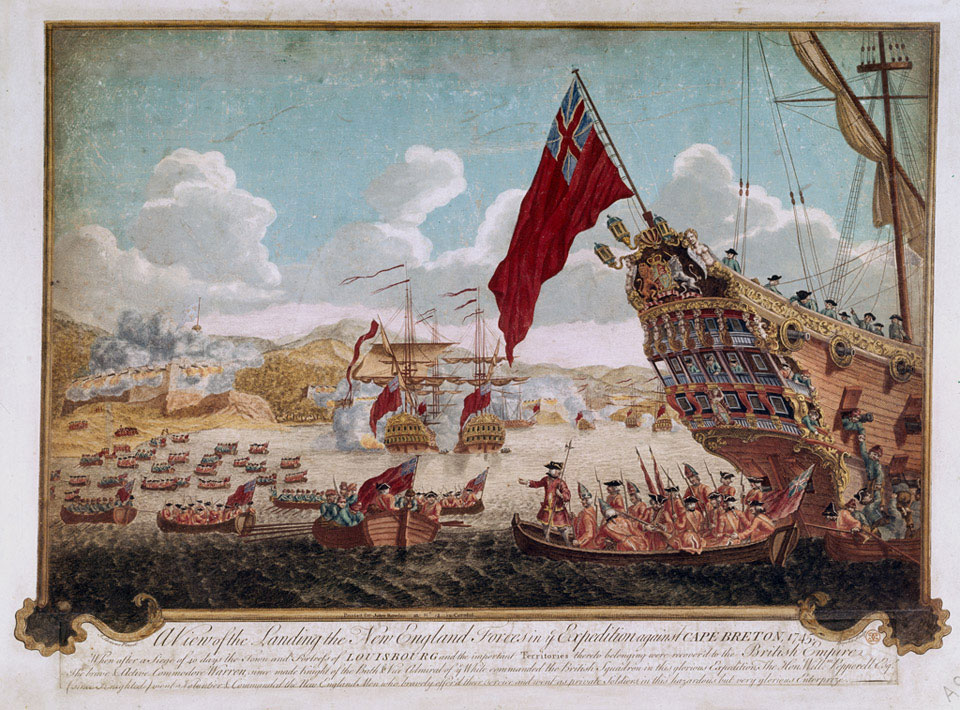 The Capture of Louisbourg, 1745

Louisbourg, at Cape Breton, Nova Scotia, was the most formidable French stronghold in Canada. During the War of the Austrian Succession (1740-1748), it was attacked by a force of some 4,000 men raised in the British colonies of New England, assisted by a British naval squadron under the command of Commodore Peter Warren.

Although they lacked skilled engineers or proper siege equipment, the colonists succeeded in capturing the fortress after a siege of six weeks. The remains of the colonial troops were formed into two regiments and taken into English pay.

Much to the disgust of the colonists, Louisbourg was later bartered back to the French in exchange for Madras (Chennai) in India, which the French had taken from the British during the war. In 1758, during the Seven Years War (1756-1763), Louisbourg was besieged again, but was only taken after long and difficult operations.