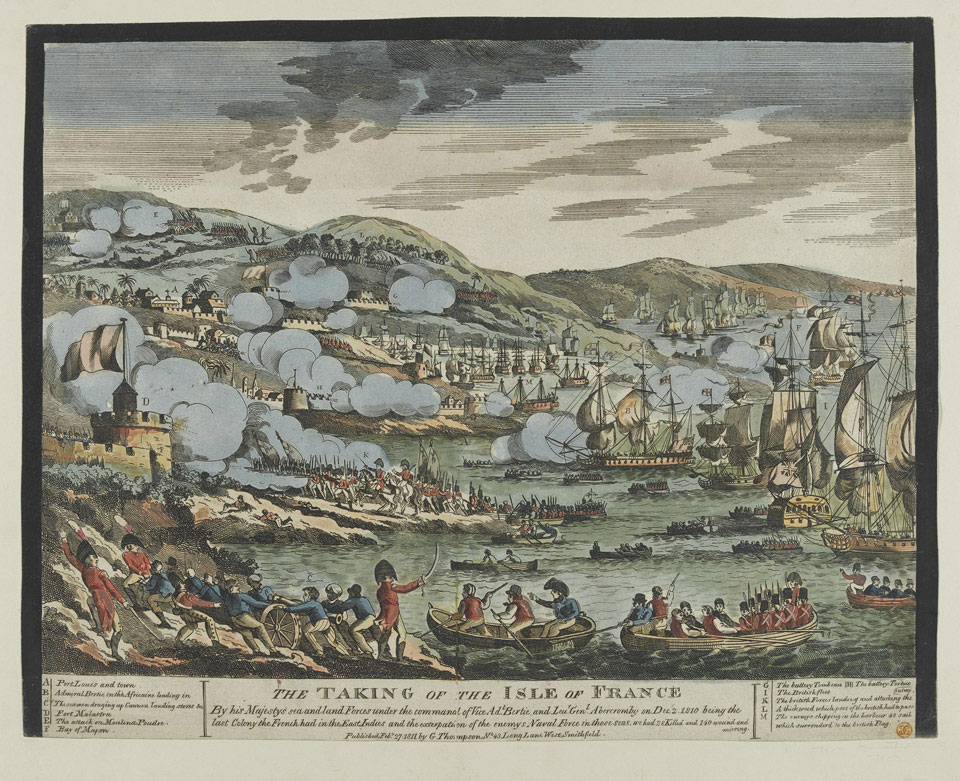 The taking of the Isle of France (Mauritius), 2 December 1810

During the Napoleonic Wars (1803-1815), governments on both sides authorised private ships to attack and capture the vessels of enemy countries. They were licensed pirates. Privateering stopped cargoes of food and supplies reaching enemy ports and armies. Mauritius in the Indian Ocean lay on the trade route between India and the Cape of Good Hope. It was captured by British and Indian troops in 1810 to prevent its continued use by French privateers as a base from which to attack ships of the East India Company.