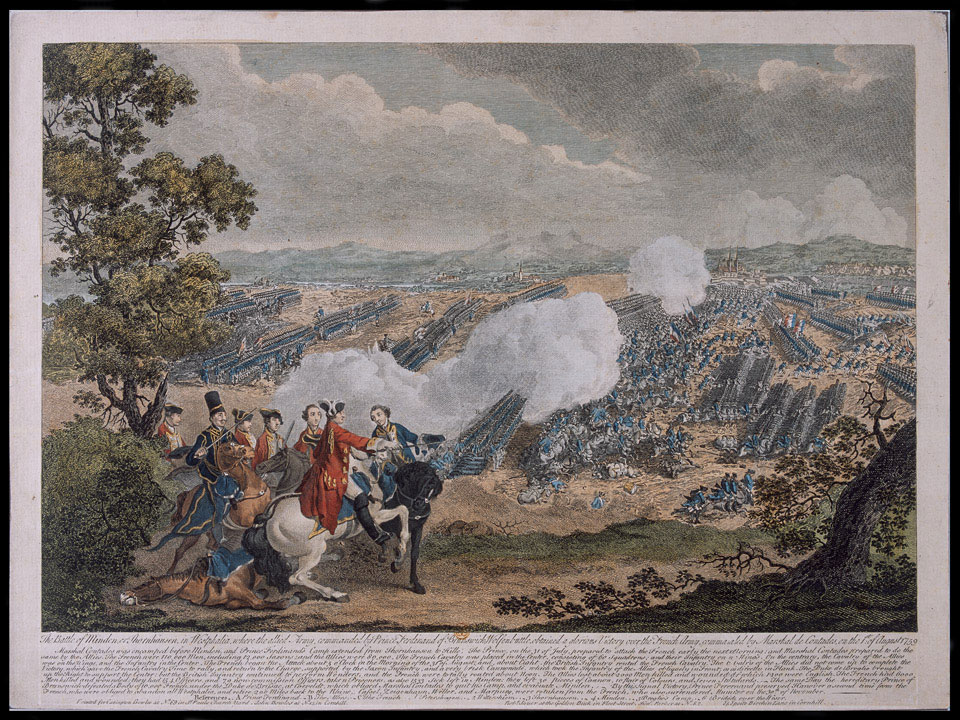 'The battle of Minden or Thornhausen where the allied army obtained a glorious victory over the French', 1 August 1759

Minden, in Germany, was one of the greatest Allied victories of the Seven Years War (1756-1763). After a series of minor successes, a French army about 44,000 strong confronted an Anglo-Hanoverian force of about 37,000.

Owing to a misunderstanding, the Allied infantry attacked prematurely, in the face of devastating French artillery fire, losing one-third of its men in the process. Despite these losses, the Allied battalions routed the French cavalry which opposed them. This feat prompted the French commander, Marshal Contades, to remark, 'I never thought to see a single line of infantry break through three lines of cavalry ranked in order of battle, and tumble them to ruin.'

However, when the Allied cavalry was ordered to charge to complete the victory, its commander, Lord George Sackville, refused to give the order to advance, and the opportunity was wasted.

The battle lasted about five hours. The French lost about 7-10,000 men, the Allies about 3,000, mostly amongst their attacking infantry. British regiments which participated in the attack still celebrate 'Minden Day' in honour of their predecessors' achievements.