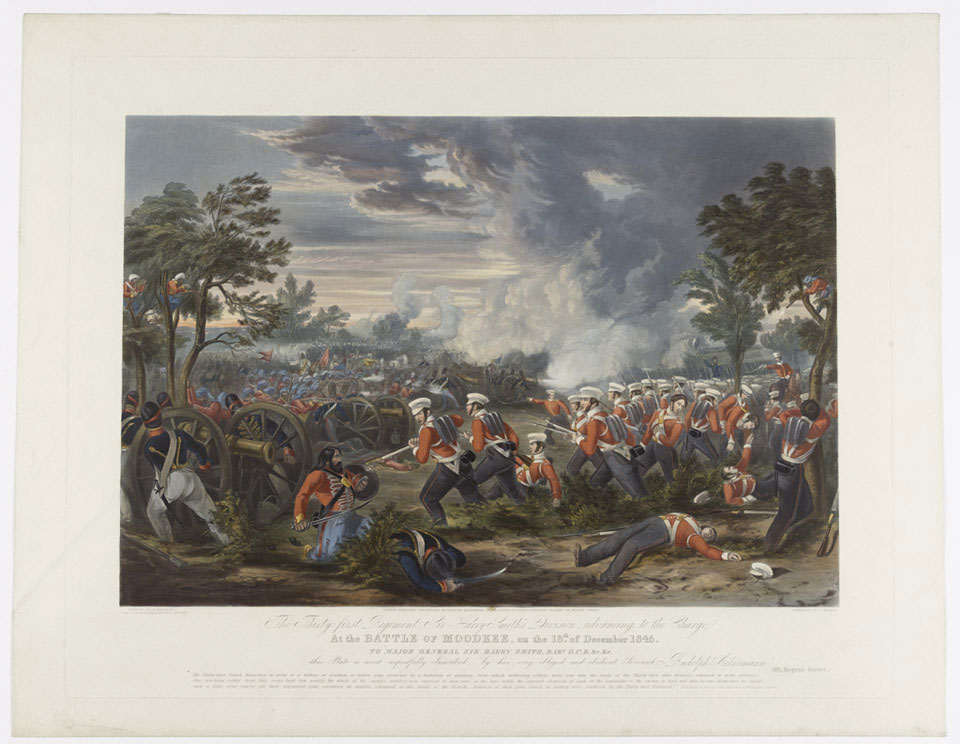 The 31st Regiment, Sir Harry Smith's Division advancing to the charge at the Battle of Moodkee 18 December 1845

In December 1845 a large Sikh army, perhaps 20,000 strong, crossed the River Sutlej which separated Sikh and British territories, catching the British before they were fully prepared. The 'British' forces were commanded by Lieutenant-General Sir Hugh Gough (1779-1869), the Commander-in-Chief in India. In fact, less than half the forces under his command were actually British regiments; the rest were Indian troops. The first encounter between the two sides came at the Battle of Moodkee (or Mudki), some 18 miles from Ferozepur, during the evening of 18 December 1845. The battle was decided when a British cavalry charge turned the left flank of the Sikh position, and the Sikhs were forced to retire with heavy losses.