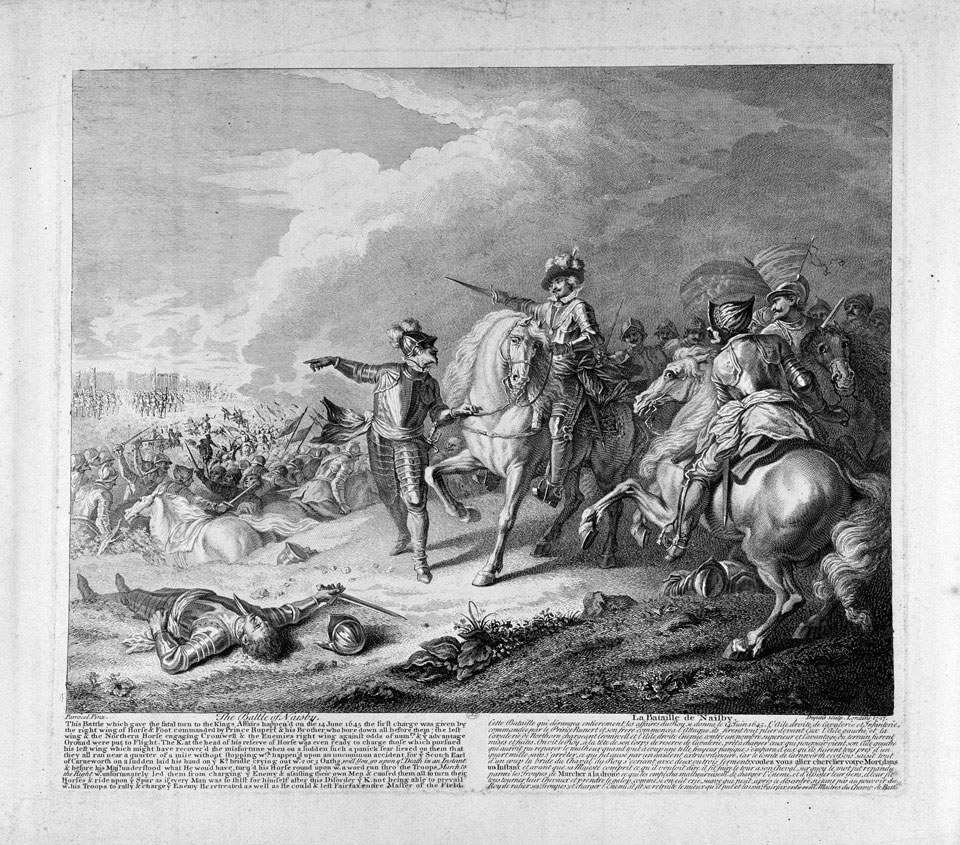 Naseby won the First English Civil War (1642-1646) for Parliament and ensured that, whatever happened subsequently, the monarch would never again be supreme in British politics. It was a victory secured by Parliament's radically different New Model Army, a national fighting force not tied to a region or locality, and the immediate predecessor of the British Army of today.

The battle was also a victory for the discipline that Oliver Cromwell instilled in his cavalry. Initially triumphant on the left, Prince Rupert's Royalist horsemen charged wildly off the battlefield in pursuit of their opponents. In contrast, Cromwell's 'Ironsides', victorious on the opposite flank, rallied immediately and attacked the Royalist infantry from behind. Although these had been getting the better of their fight against the Parliamentarian foot soldiers, they now surrendered. The resulting defeat of King Charles I's army was total and final while Cromwell's victory set the seal on his personal ascendancy.