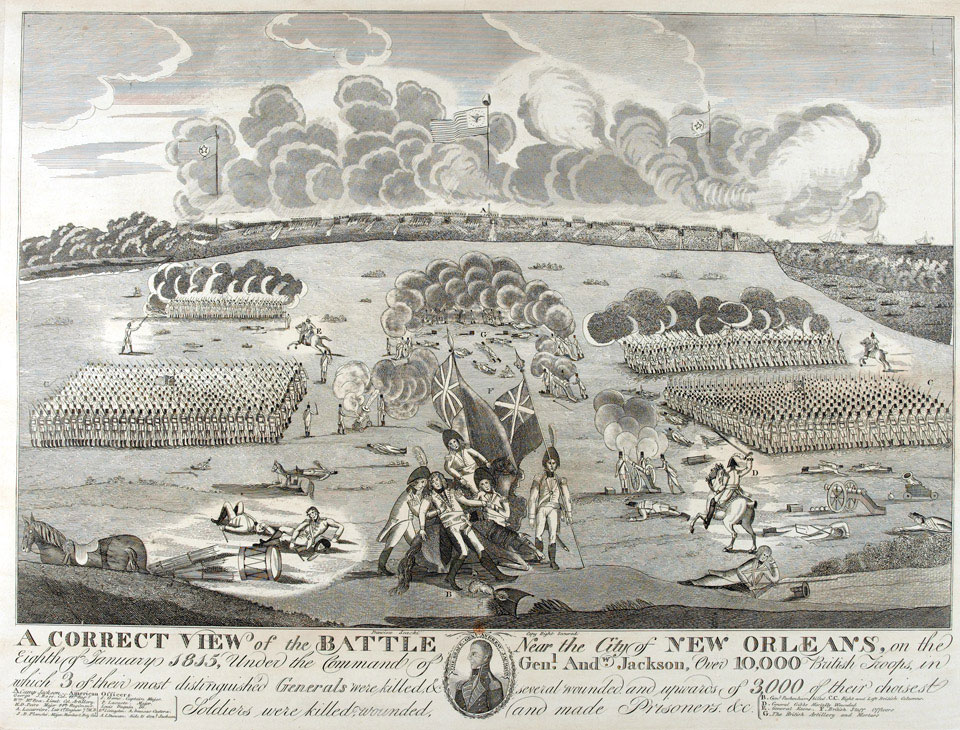 'A Correct View of the Battle Near the City of New Orleans, on the Eighth of January 1815 under the command of Genl.Andrew Jackson'

Coloured mixed engraving by and after Francisco Scacki, 1815.

Early in 1815 the British looked for a decisive victory against the United States during War of 1812 (1812-1815) by attacking New Orleans. They were met by the well-organised defence of General Andrew Jackson. The unexpected American victory made Jackson a national hero, and he later become president of the United States.