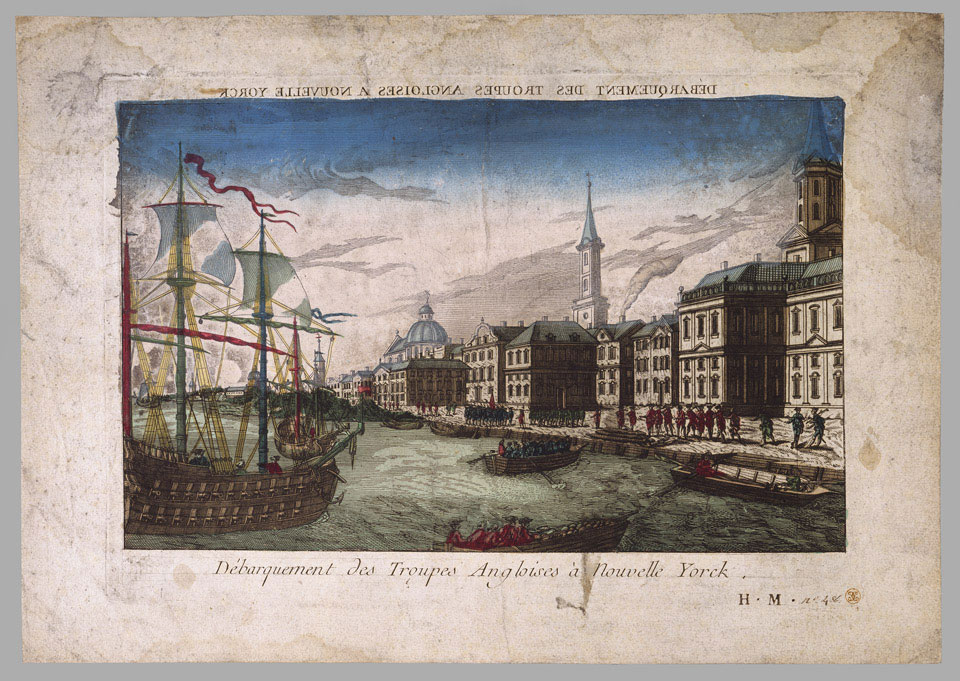 This engraving depicts the capture of New York during the American War of Independence (1775-1783). In June 1776 Major General Howe entered New York Bay, established a camp on Staten Island, and consolidated his forces. On 22 August around 22,000 British troops landed on Long Island. After fighting battles at Harlem Heights on 16 September, White Plains on 28 October and Fort Washington on 16 November, Howe spent the winter in New York.