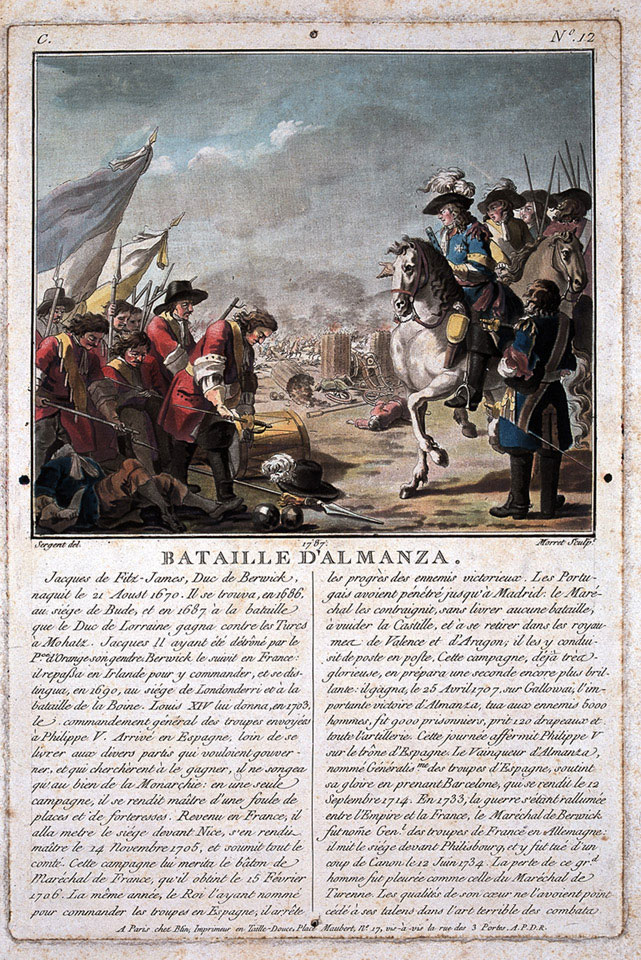 Coloured aquatint by Morret after Sergeant, published by Blin, Paris, 1787.

This work depicts the surrender of the Anglo-Portuguese army, under the command of Lord Galway and Marques das Minas, to the French at Almanza during the War of the Spanish Succession (1702-1713). The French force was commanded by James II's son, Marshal the Duke of Berwick. His victory meant that France gained control of virtually all of Spain except Catalonia.