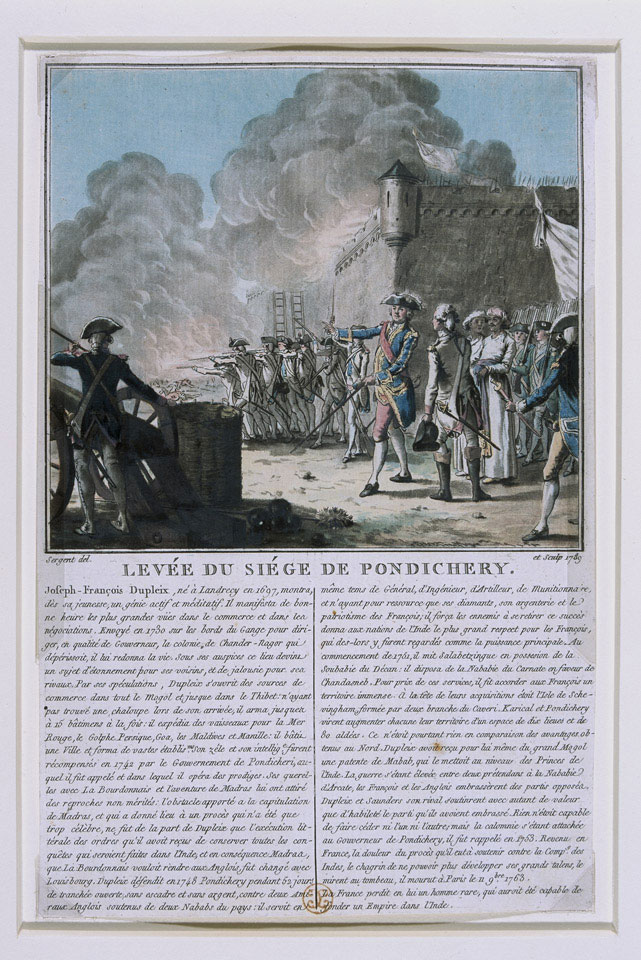 Coloured aquatint by and after Sergent, published by Blin, France, 1789.

The French first established a settlement at Pondicherry, on the east coast of India, in 1674, and it became their headquarters on the subcontinent.

During the War of the Austrian Succession (1740-1748), the British sent a naval force to India, to strengthen the position of the East India Company and, if possible, to weaken French influence there. In August 1748, a fleet of 30 British ships, under the command of Admiral Boscawen, arrived off the coast of Pondicherry, and landed troops to besiege it.

The British made little progress against the French defences and after two months they abandoned the siege, leaving behind over a thousand dead. The failure of the siege was a great blow to British prestige and influence in India. Pondicherry finally fell to the British in 1761, during the Seven Years War (1756-1763).