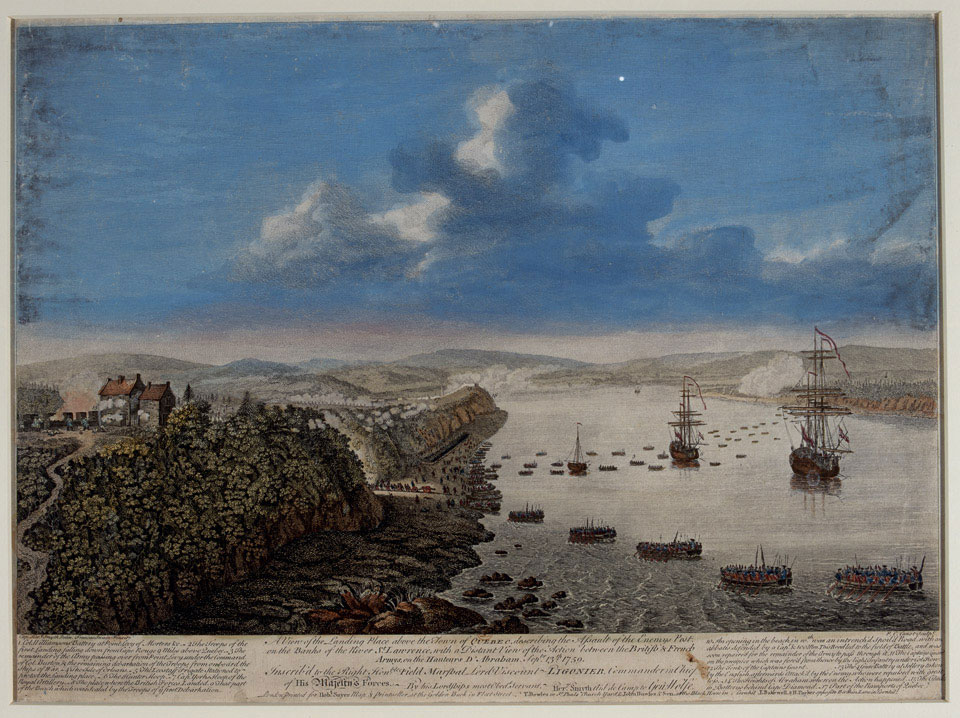 'A View of the Landing place above the Town of Quebec describing the Assault on the Hauteurs D'Abraham Septr. 13th 1759'

Quebec occupied an almost impregnable position on the St Lawrence River. It was defended by the French general the Marquis de Montcalm with a large garrison. On 12 September 1759, General James Wolfe landed upriver of Quebec with 4.500 men. Climbing a steep path, Wolfe's forces reached the 'Heights of Abraham', a plateau behind Quebec. On 13 September the French came out to meet them and, in the battle which followed, both Montcalm and Wolfe were killed. The French retreated into the town, which surrendered on 18 September. The fall of Quebec led to the conquest of Canada by Britain.