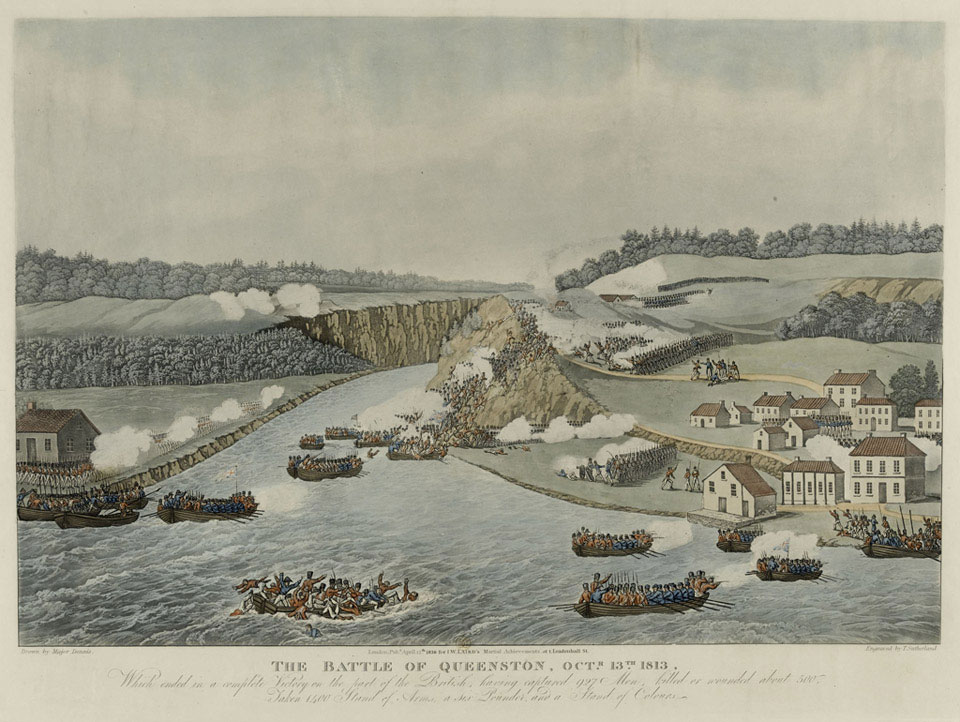 The Battle of Queenston Heights took place during the American War of 1812 (1812-1815) in Upper Canada (now Ontario). American regulars and the New York militia commanded by Major General Stephen Van Rensselaer tried to establish a foothold on the Canadian side of the River Niagara, but were repelled by British forces and Canadian militia led by Major General Isaac Brock, who was killed in the action.