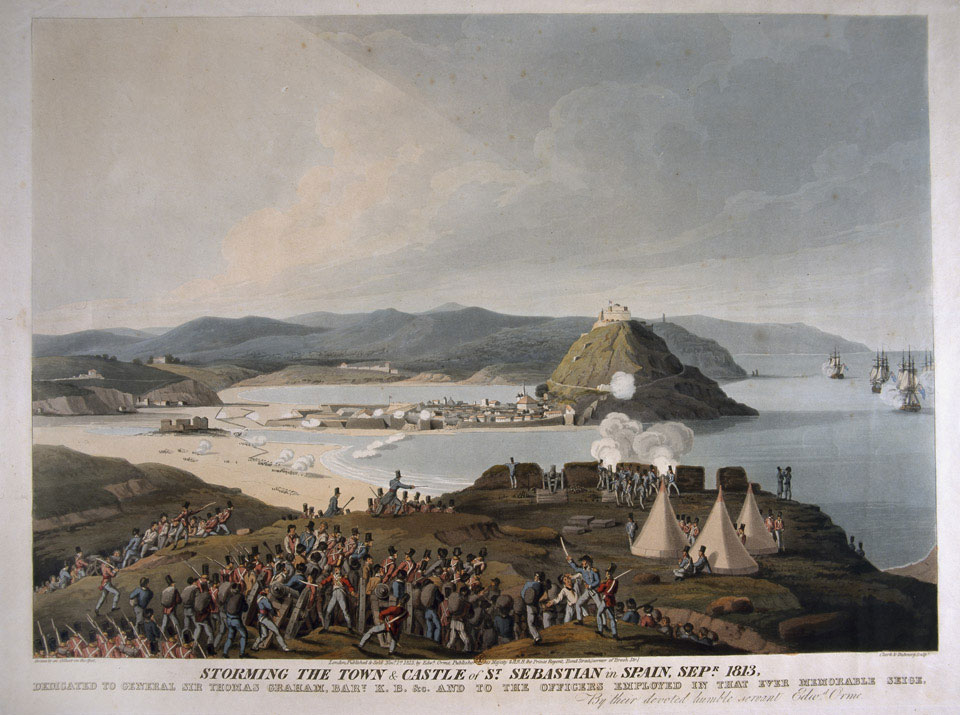 'Storming the town and castle of St Sebastian in Spain, September 1813'

Coloured aquatint by Clark and Dubourg after an officer on the spot.Published by Edward Orme, 1 November 1813.

The Marquess of Wellington's Anglo-Portugese army captured the port city of San Sebastian on 8 September 1813 after a two month siege. The final attack resulted in the ransacking and burning of the town by the assaulting troops. Around 1,000 of the town's inhabitants were killed as the soldiers ran amok after forcing a breach in the walls.