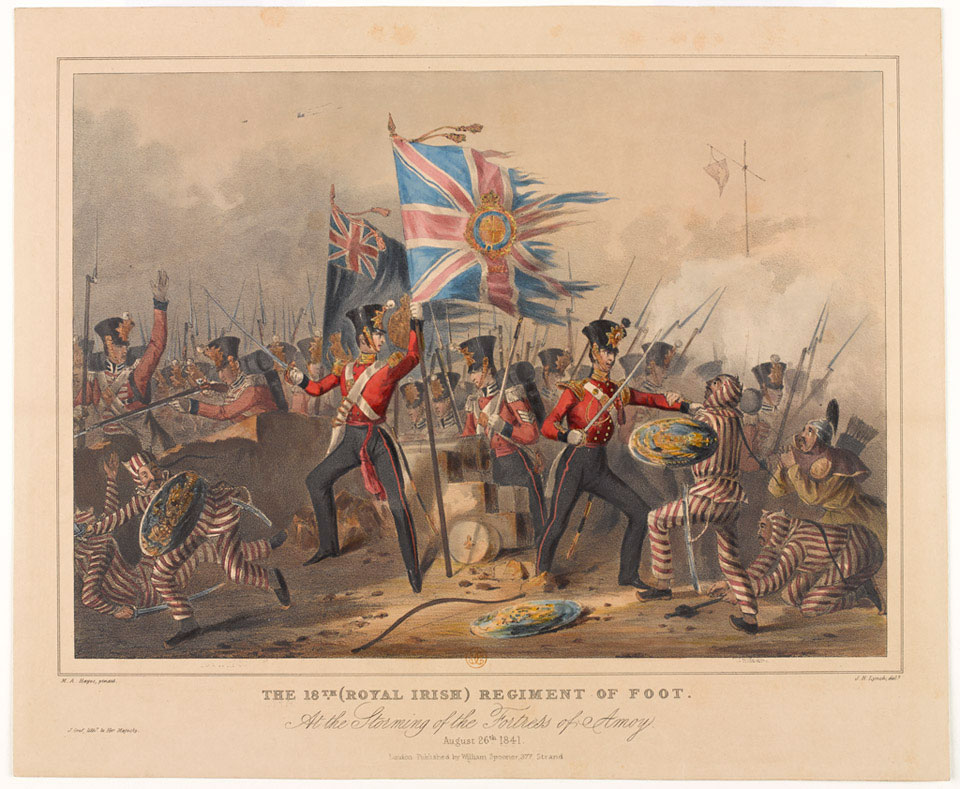 The 18th (Royal Irish) Regiment of Foot at the Storming of the Fortress of Amoy, 26 August 1841

Amoy was captured by the British in 1841 after a determined Chinese resistance. It was one of the five Treaty Ports (Guangzhou, Foochow, Shanghai and Ningpo) that were opened up to British commerce by the Treaty of Nanking in 1842 that ended the 1st China War (1839-1842). The treaty committed the Chinese to free trade, including the trade in opium. Hong Kong was also ceded to Britain.

This print shows a British colour party fighting imperial Chinese forces including Manchu 'Tigermen'. The Tigermen formed irregular units of the Chinese imperial army in the 18th and 19th centuries and were used primarily as skirmishers. They are believed to have worn tiger caps and striped tunics and trousers, in part, to cause panic amongst the horses of enemy cavalry units. Tigermen are depicted in representations of Chinese forces in the 2nd China War (1856-1860) and the 3rd China War (1900-1901).