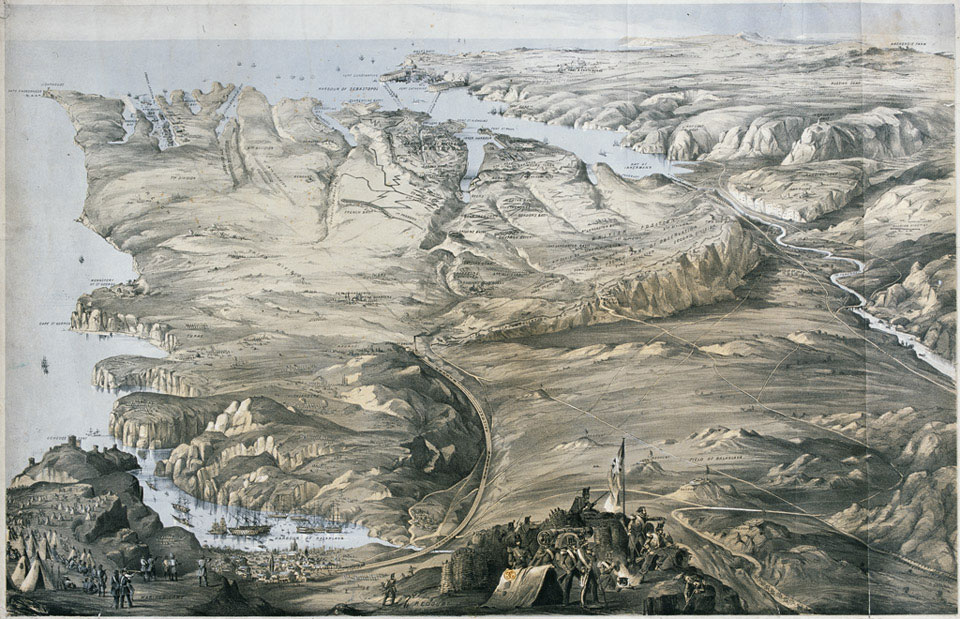 Tinted lithograph by and after Thomas Packer, a plate from the series 'Packer's Panoramic Views of the Crimea'; published by Stannard and Dixon, 18 April 1855.