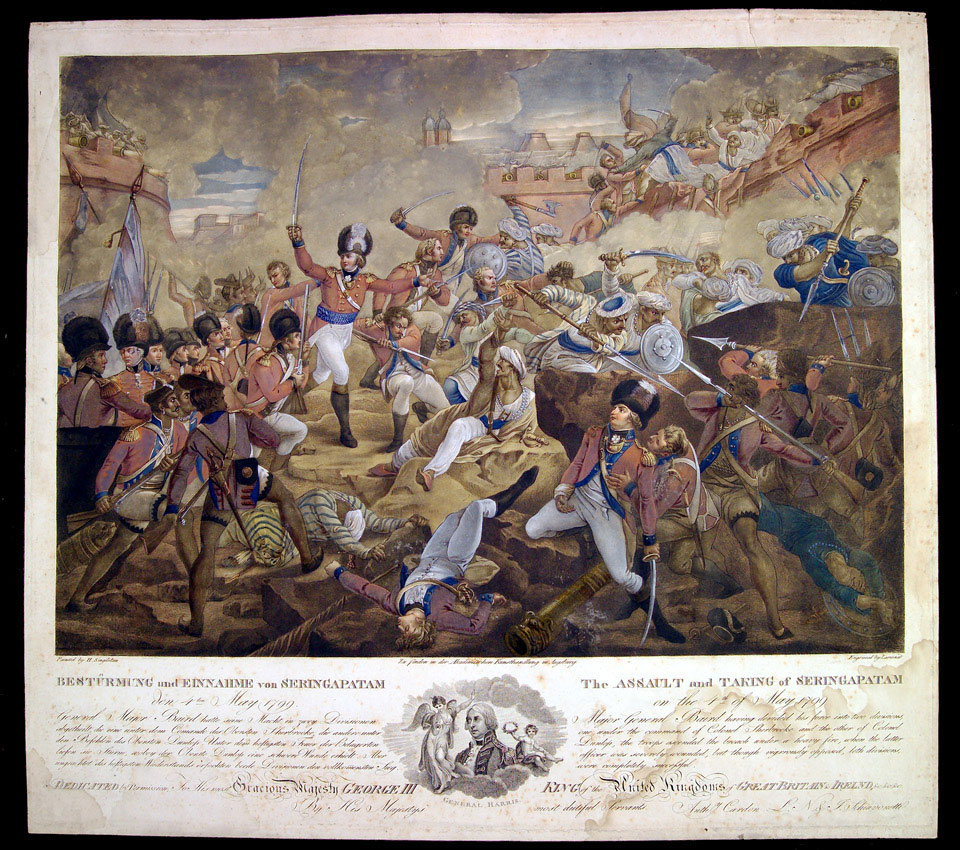 The Assault and taking of Seringapatam, 1799

In April 1799, in the culminating act of the 4th Mysore War (1799), East India Company forces besieged Seringapatam, fortress capital of Tipu Sultan, the 'Tiger of Mysore'. Tipu was demonised by the British as he was believed to be in alliance with the French. On 4 May the city was finally assaulted and captured. Tipu was killed in the fighting; with his death the war ended and the state of Mysore was partitioned.