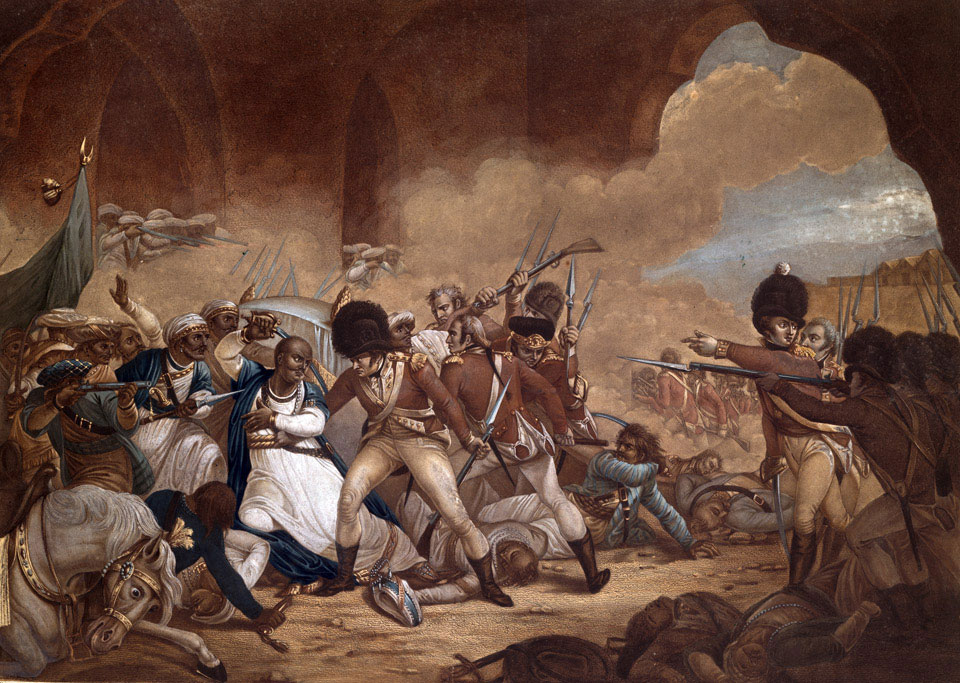 On 4 May 1799, in the culminating act of the 4th Mysore War (1799), East India Company forces besieged Seringapatam, fortress capital of Tipu Sultan, the 'Tiger of Mysore'. Tipu led a stout defence that saw nearly 10,000 Mysoreans killed, including Tipu himself who may have been betrayed by one of his own confidants. His body was dragged from beneath a pile of dead by the city's northern gate, suggesting that he had continued fighting to the very end.

Following his death, Mysore was partitioned and the rump of the state given to a British client ruler. Tipu was one of the most formidable Indian opponents the British ever faced and his death removed one of the blocks to their conquest of the sub-continent.