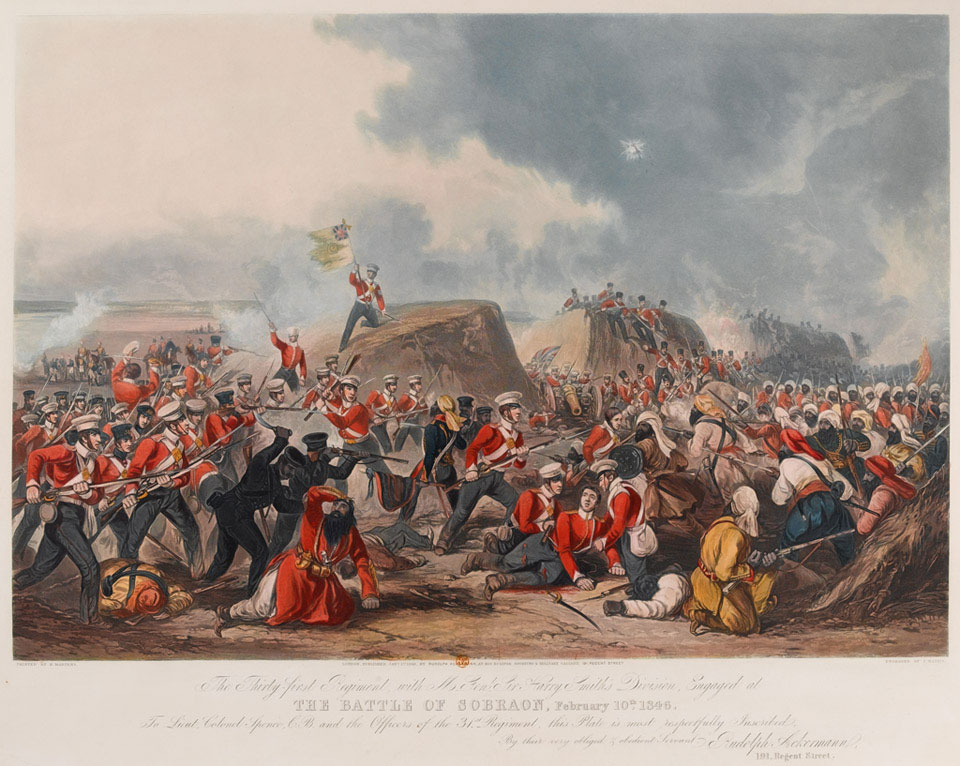 In the final battle of the 1st Sikh War (1845-1846) Lieutenant-General Sir Hugh Gough engaged the main Sikh force at Sobraon on 10 February 1846. The Sikhs occupied an entrenched position, and British and Indian troops advanced under murderous Sikh artillery fire. This print depicts the 31st (Huntingdonshire) Regiment of Foot and the 50th (Queen's Own) Regiment of Foot advancing. The Sikhs fought with their backs to the River Sutlej, refusing to surrender. In consequence, casualties on both sides were again severe. British losses were over 2,000, Sikh losses perhaps as many as 10,000.