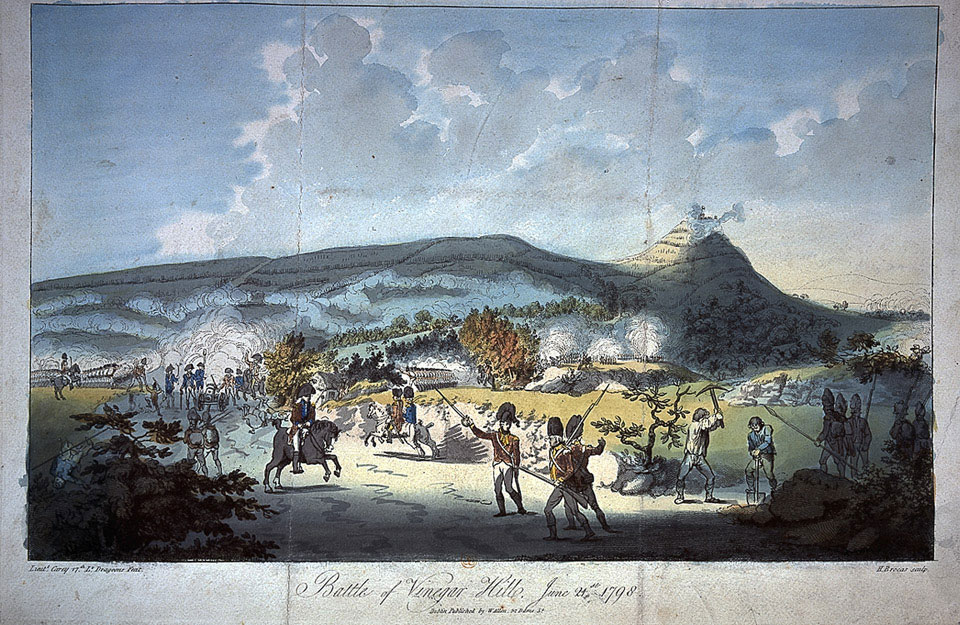 The Battle of Vinegar Hill on 21 June 1798 was fought between the British Army and Irish rebels. Over 10,000 British soldiers launched an attack on the rebel camp and headquarters at Vinegar Hill outside Enniscorthy in County Wexford. The defeat of the rebel forces led them to adopt guerilla tactics, rather than pitched battles in the open, in their struggle against the Crown.