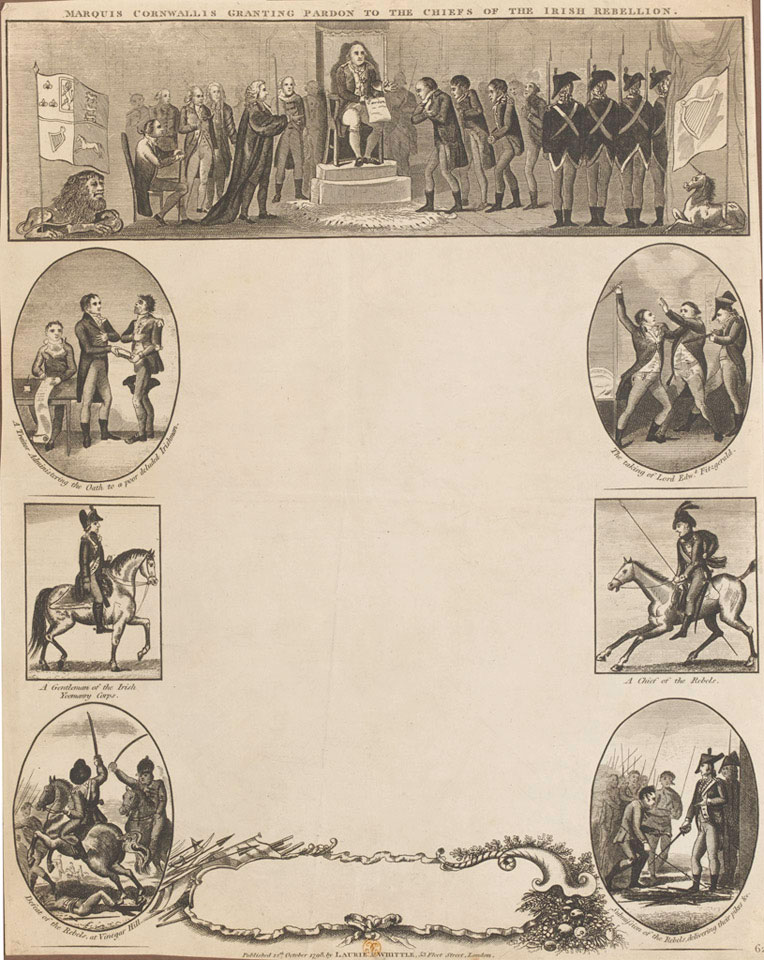 This engraving depicts a variety of scenes from the failed Irish Rebellion of 1798. Prominent at the top is Charles, Marquis Cornwallis, Lord Lieutenant of Ireland, granting pardon to the rebel leaders. Cornwallis was earnest in his endeavour to justice and a degree of clemency to the defeated rebels. However, the magnanimity of this scene belies a bloody reality in which the great majority of the rebel leaders and many of their followers were put to death.