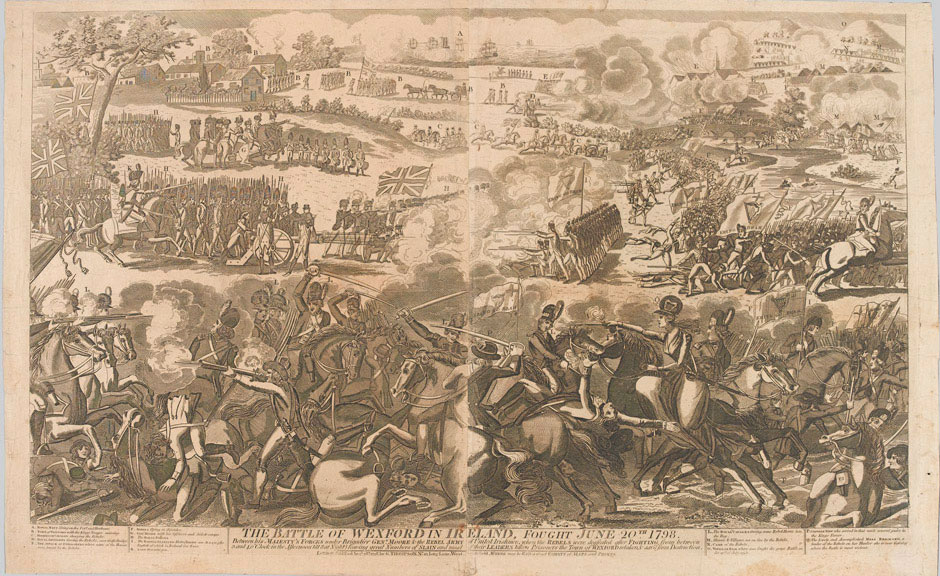 In May 1798 a rebellion broke out in Ireland, instigated by the Society of United Irishmen. While revolts sprang up in many counties, only in County Wexford did the uprising gain any momentum. Here the rebels succeeded in capturing the towns of Wexford and Enniscorthy, before being bloodily checked in the attempts to take the towns of Ross, Arklow and Newtonbarry. The military authorities gathered their forces and crushed the rebellion at the Battle of Vinegar Hill on 21 June. The day before this, a force approximately 1,500 men under Major General Sir John Moore, had defeated a force of around 5,000 rebels led by led by Father Roche at the Battle of Foulkesmills. This cleared the path for the recapture of Wexford Town the following day.