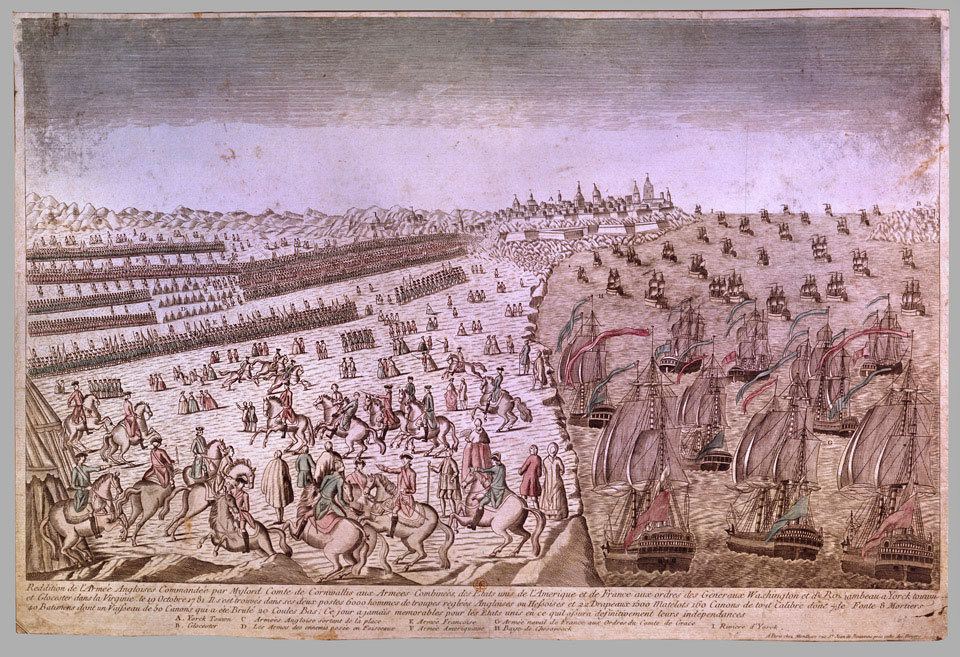 This French engraving celebrates the Franco-American victory over the British at Yorktown in October 1781. Earlier that year, General Sir Charles Cornwallis had advanced into Virginia, but although he won a series of minor victories against the Americans, short of supplies, he was forced to withdraw to the port of Yorktown where he hoped he would be supported by the Royal Navy.

Cornwallis was soon besieged by a Franco-American force of 17,000 men. The arrival of a French fleet in Chesapeake Bay in September 1781 sealed his fate. With no prospect of relief, and under fire from land and sea, Cornwallis surrendered on 19 October 1781.