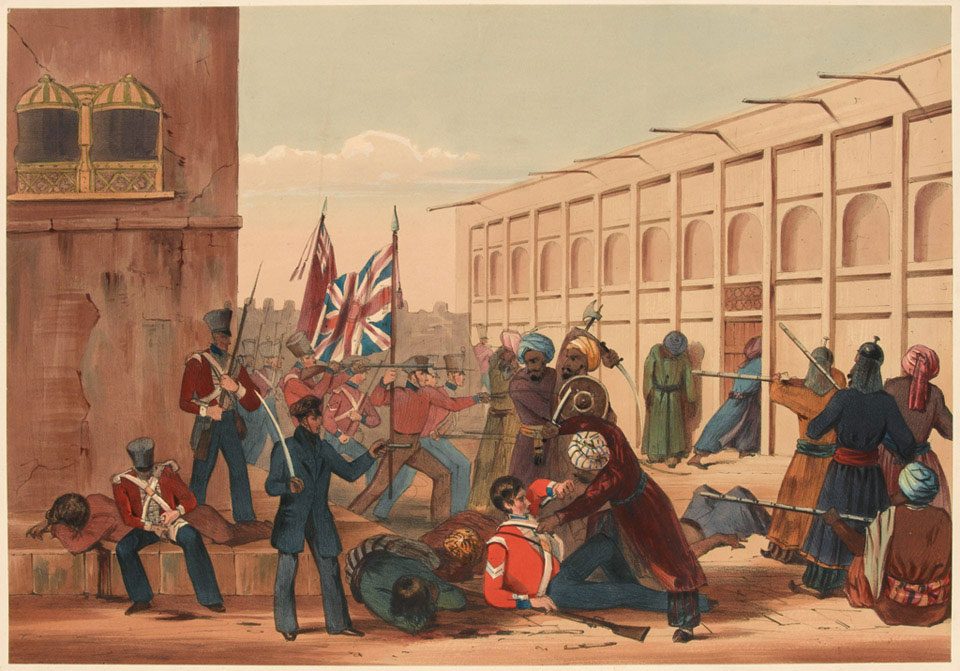 Lithograph from 'The Storming of Ghuznee and Kelat' by W Taylor after Lieutenant Thomas Wingate, 2nd Queen's Royal Regiment, 1839 (c).

After installing Shah Shuja as Emir in place of Dost Mohammed in August 1839, the British made preparations to withdraw the majority of their soldiers from Kabul, believing that the war was won. On their way back to India, Sir John Keane's Army of the Indus inflicted punishment on the Baluchi Khans of Khelat. This was because of their constant attacks on British supply lines. After fierce fighting in the surrounding hills, the walls of Khelat were successfully stormed and the city captured.