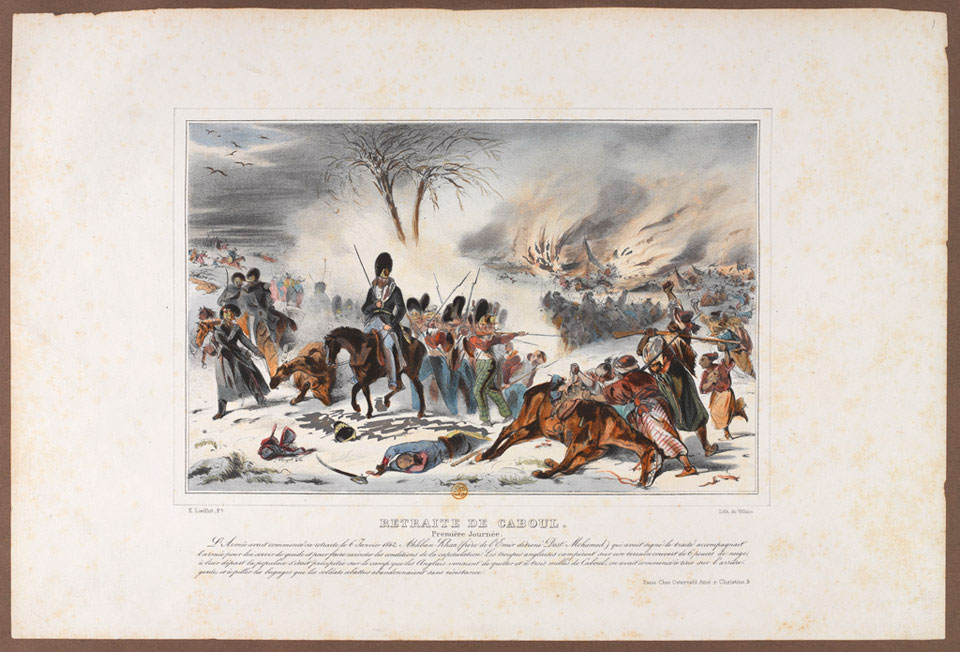 After overthrowing Emir Dost Mohammed and installing the pro-British Shah Shuja as ruler, Sir John Keane's Army of the Indus left Kabul and returned to India. Two envoys and a small garrison had been left in Kabul. Popular opposition to Shah Shuja and resentment of the British grew. It soon developed into an insurrection led by Dost Mohammad's son, Muhammad Akbar Khan. The British diplomats, including Sir William Hay MacNaghten, were murdered and the garrison was eventually forced to surrender.

In January 1842 the Kabul garrison of 4,500 British and Indian troops with 12,000 camp followers marched out of the city with the promise that it would be allowed to retreat to India in safety. It came under immediate attack as it struggled through the cold, mountainous terrain and only a few troops escaped massacre at the Gandamak Pass. When the Afghans surrounded these survivors on 12 January they offered surrender terms once more. This was refused. According to legend, one British NCO shouted back: 'Not bloody likely'. Only a handful of men, including Dr William Brydon, survived to tell the tale.