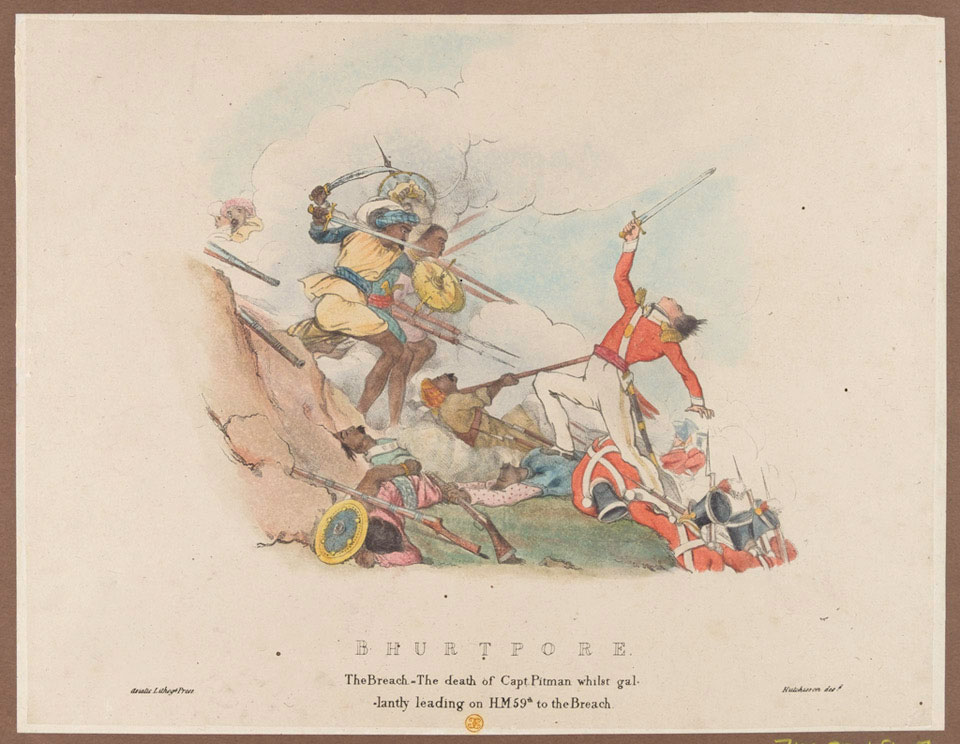 'Bhurtpore. The Breach - The Death of Capt Pitman whilst gallantly leading on H.M. 59th to the Breach', 1826

The storming of the formidable fortress of Bhurtpore (now Bharatpur) took place during the Jat War in what is now Rajahstan. Between December 1825 and January 1826 British troops under General Lord Combermere besieged the Jats' capital. The campaign continued until 18 January when artillery fire and the detonation of several mines opened a breach in the fortress which was then stormed and captured.