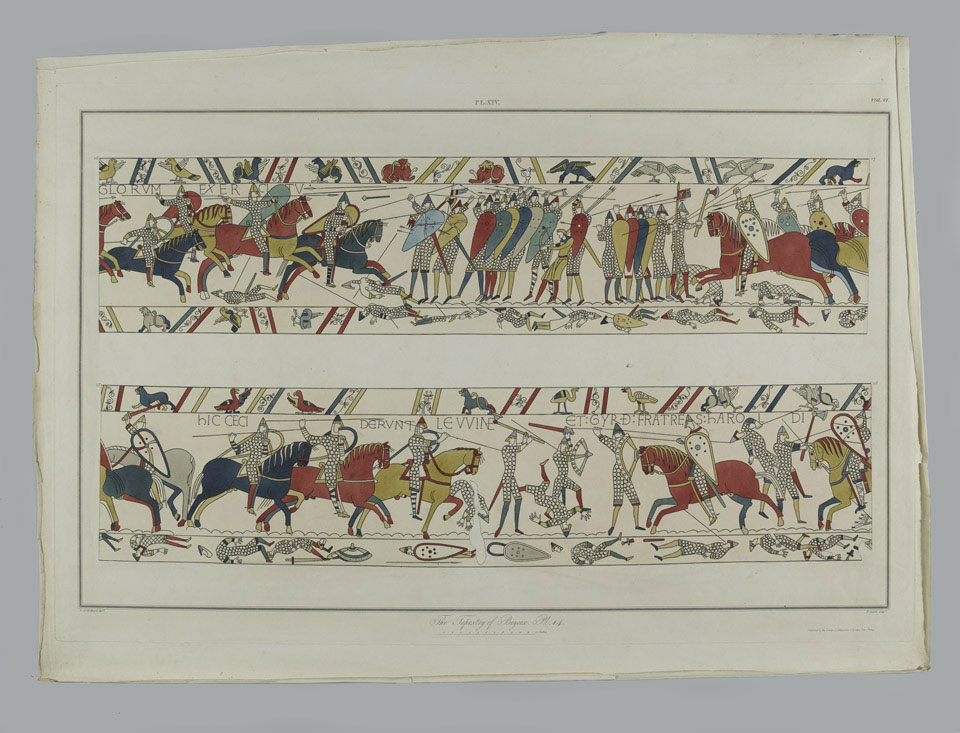 The Tapestry of Bayeux

This scene from the famous Bayeux Tapestry depicts the Battle of Hastings which took place on 14 October 1066 between the armies of William, Duke of Normandy, and Harold Godwinson, the King of England. Godwinson placed his army on a ridge they could defend with their shields, spears, swords and battleaxes against attacks on foot or horseback. This worked as long as they stayed on the ridge. But the Norman cavalry tempted them down by pretending to retreat. On the flat ground, the Anglo-Saxon foot soldiers were an easy target for the mounted Norman knights.