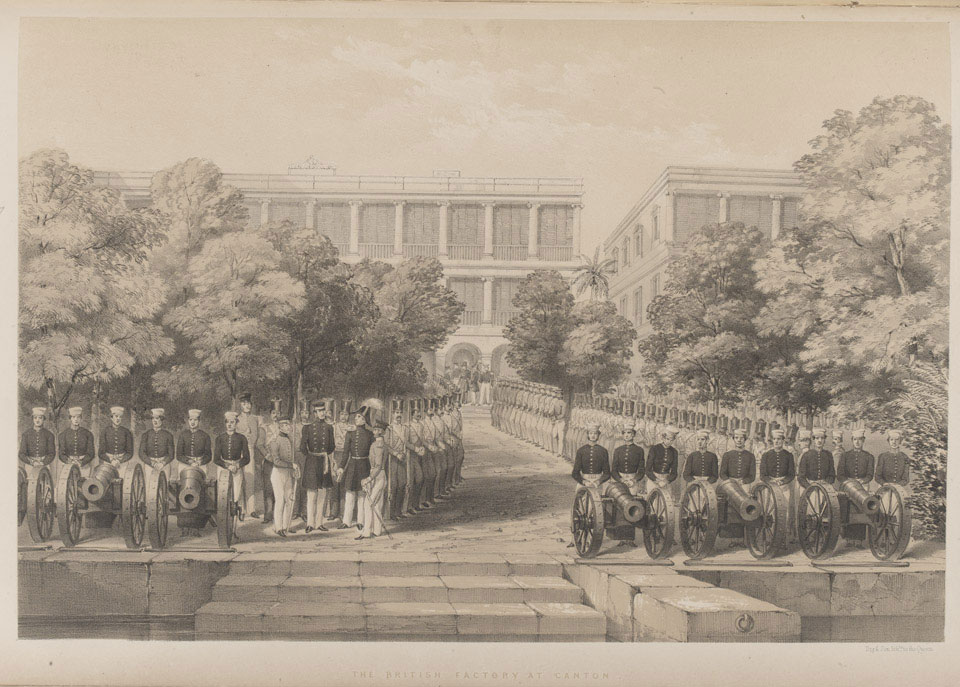 The British Factory at Canton

For many years, Canton was the only Chinese port that Western merchants were allowed to use. This changed in the aftermath of the First China War (1839-1842) when the victorious British forced the Chinese to open up the ports of Guangzhou, Amoy, Foochow, Shanghai and Ningpo to free international trade, including the trade in opium. A dispute over the illegal importation of Indian opium into China had originally caused the war in 1839.