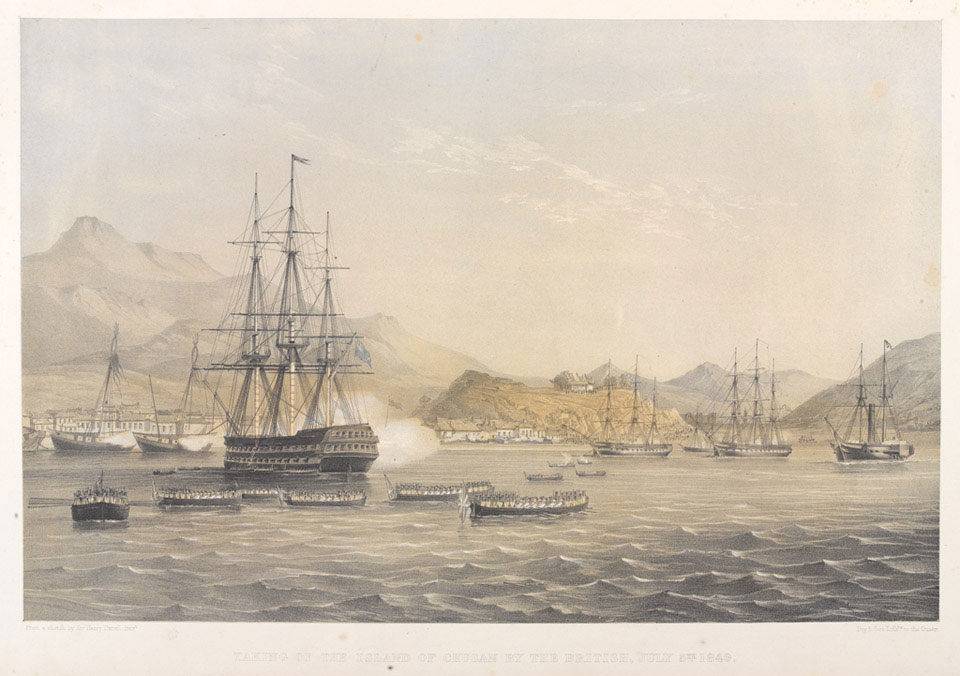 Lithograph after Lieutenant-Colonel Sir Harry Darell (1814-1853), 7th Dragoon Guards, published by Day and Son, London, 1852. No 2 in the series 'China India Cape of Good Hope and Vicinity a Series of Thirteen Treble-Tinted Views'.

During the 1st China War (1839-1842) a British force commanded by Commodore Sir Gordon Bremer bombarded the port of Ting-hai on Chusan island, which was then occupied by troops under Brigadier-General George Burrell.