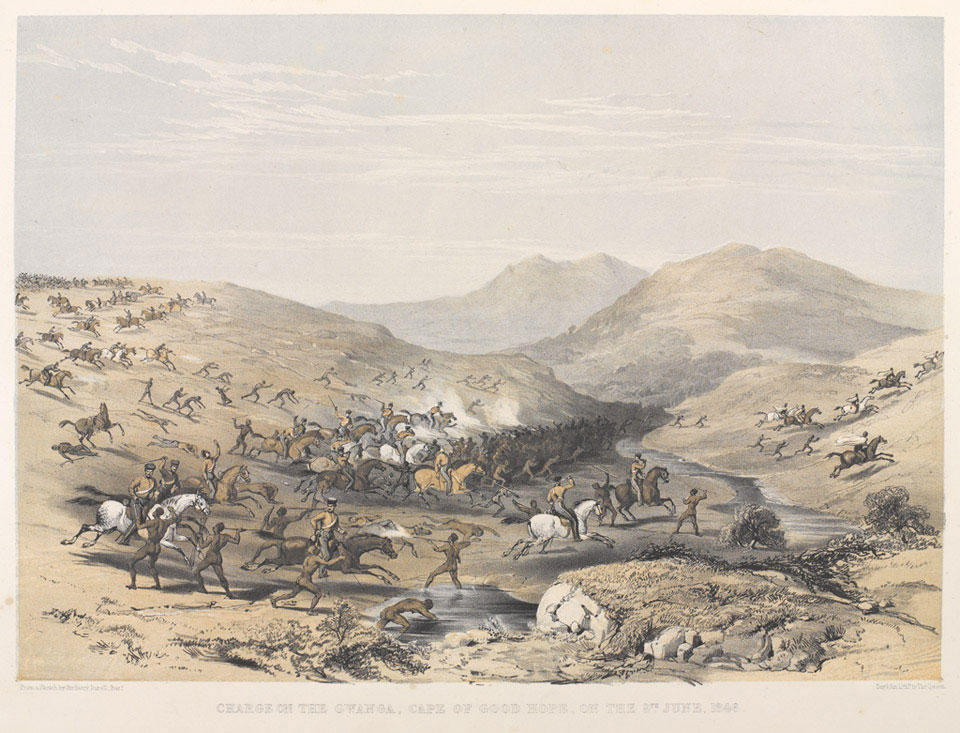 Lithograph after Lieutenant-Colonel Sir Harry Darell (1814-1853) 7th Dragoon Guards, No 9 in the series 'China India Cape of Good Hope and Vicinity a Series of Thirteen Treble-Tinted Views'. published by Day and Son, London, 1852.

The 7th Frontier War began in March 1846 with the massacre of the escort for a Xhosa prisoner accused of the theft of an axe. When the Rharhabe Xhosa chief, Sandile, refused to surrender the murderers, a punitive expedition under Colonel Henry Somerset was sent to destroy his kraal in the Amatola Mountains; it was repulsed and the Xhosa began mounting raids which resulted in considerable loss of life and property.

On 8 June, Somerset's mounted column encountered a large force of Xhosa - which had made the tactical error of crossing open country in daylight - on the Gwanga, a tributary of the Keiskamma River. The country was ideal for a cavalry charge and the Xhosa were routed by a troop of 7th (The Princess Royal's) Dragoon Guards wielding sabres, Cape Mounted Riflemen firing carbines, and mounted volunteers.