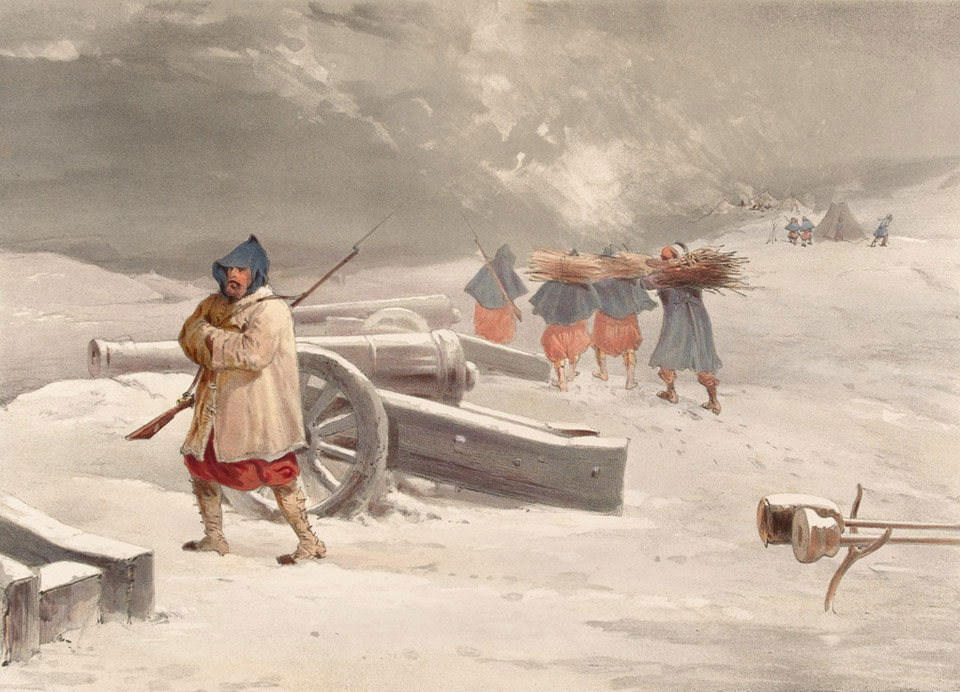 'Sentinel of the Zouaves, before Sebastopol'

Coloured tinted lithograph, 1855. One of 40 lithographs from 'The Seat of War in the East - First Series' after William Simpson, published by Paul and Dominic Colnaghi and Company, 19 February 1855.

Originally recruited from the French territories of North Africa, by the time of the Crimean War (1854-1856) the ranks of the Zouaves were almost entirely filled with Europeans. Despite this they retained their colourful and exotic uniform and maintained a ferocious fighting reputation throughout the campaign.