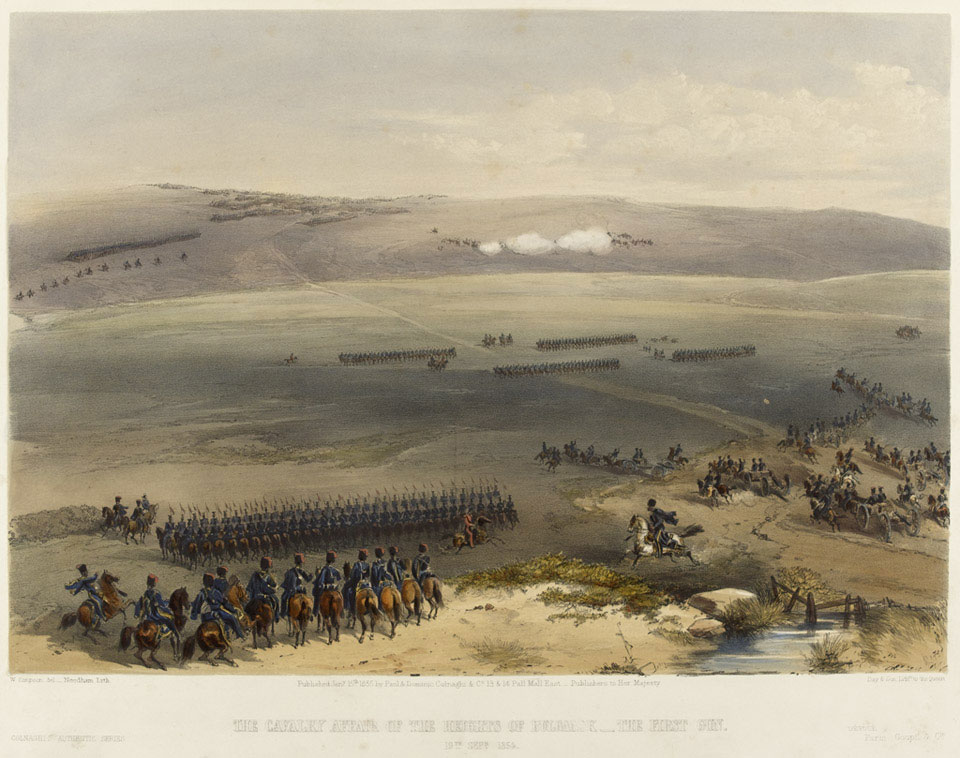 Coloured tinted lithograph by J Needham, 1855. One of 40 lithographs from 'The Seat of War in the East - First Series' after William Simpson, published by Paul and Dominic Colnaghi and Company, 15 January 1855.

The cavalry skirmish along the heights of the Bulganak river was one of the first actions to be fought by the Allies after their landing at Kalamita Bay in the Crimea on 14 September 1854.