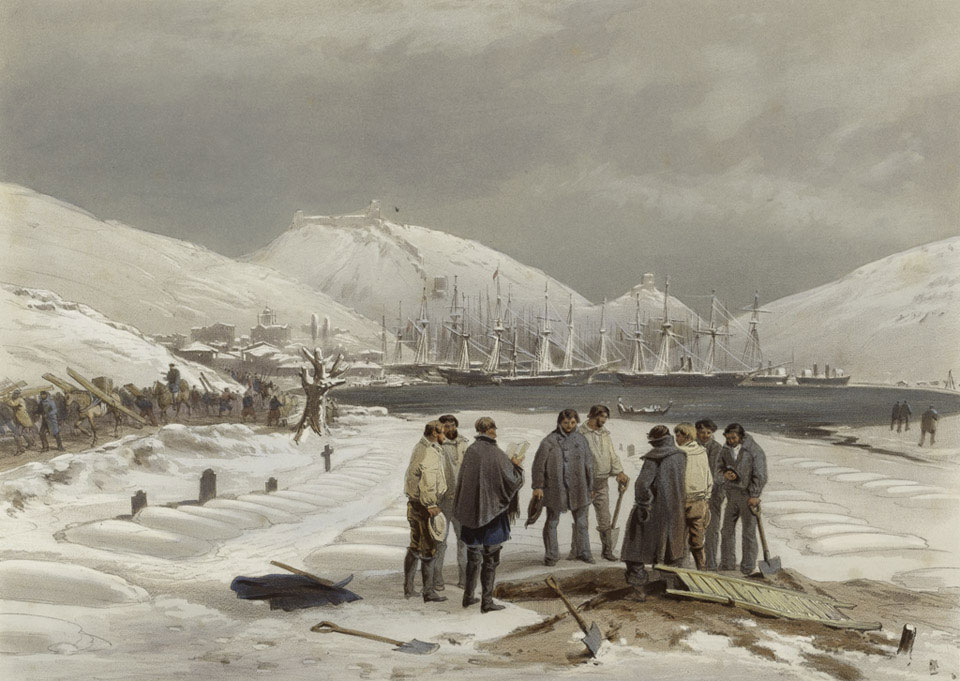 'Graves at the Head of the Harbour of Balaklava' 1854

Coloured tinted lithograph by C Haghe, 1855. One of 40 lithographs from 'The Seat of War in the East - First Series' after William Simpson, published by Paul and Dominic Colnaghi and Company, London, 13 Mar 1855.

In the description accompanying this print, the artist recorded that the scene represented the burial of a sailor from one of the ships in the harbour of Balaklava: 'War has its victims other than those who perish by the sword and bullet; fever and cholera are ever in its train, and not infrequently carry off those whose vocation is not in the battle-field, for whom alive there are no laurels, and dead no glory. At Balaklava there are many graves whose tenants were of this class, men who perished at their post and in the faithful discharge of their duty.'