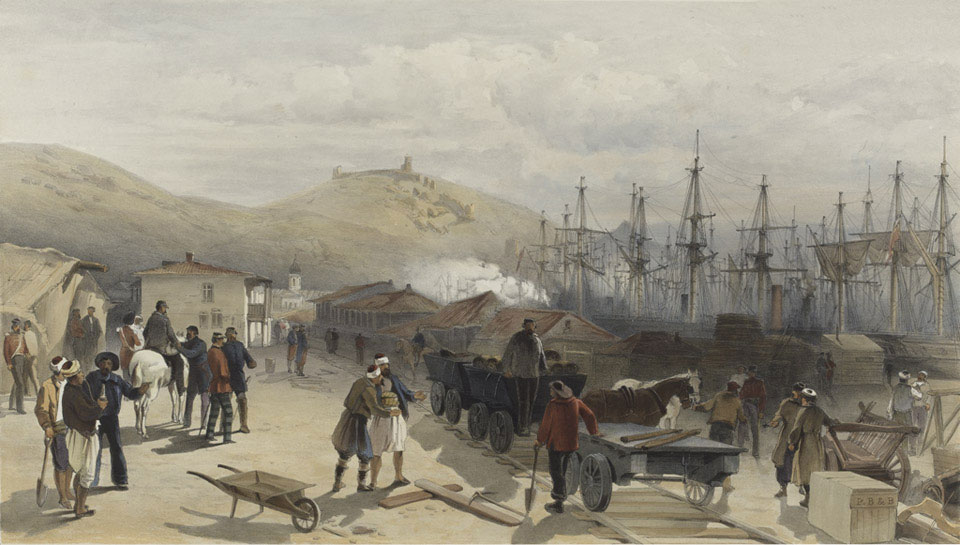 'The Railway at Balaklava looking South'

Coloured tinted lithograph, 1855. One of 40 lithographs from 'The Seat of War in the East - First Series' after William Simpson, published by Paul and Dominic Colnaghi and Company, 24 May 1855.

Having lost much of their fodder in the great winter storms of 1854-1855, the army's transport animals soon fell victim to cold and hunger. Without adequate transport the Commissariat was unable to move supplies to the British encampment before Sevastopol. The soldiers there were forced to complete an 11 mile (19 km) round journey to Balaklava themselves in order to collect supplies. Along with the creation of a Land Transport Corps, the construction of the railway between Balaklava and Sevastopol greatly improved the logistical situation.